Cosby Jury: A Look at What to Expect During Selection 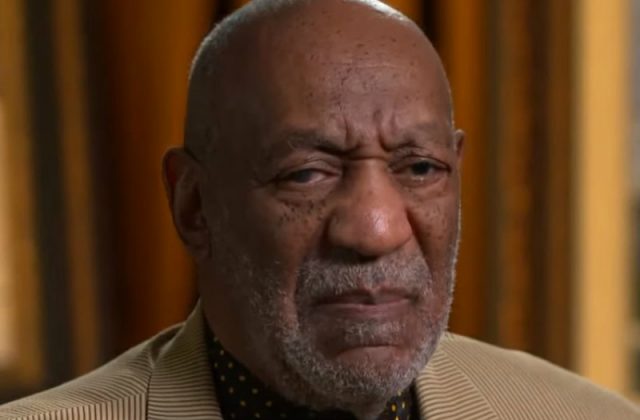 PHILADELPHIA (AP) — A crucial phase of comedian Bill Cosby‘s sex assault trial starts Monday when lawyers gather in Pittsburgh to pick the jury that will weigh his case.

The jury must decide if the 79-year-old actor drugged and molested a Temple University women’s basketball team manager at his home near Philadelphia in 2004.

Trial consultant Howard Varinsky believes lawyers will be on guard for celebrity worshippers or jurors who may want to serve to write a book.

Cosby calls the encounter with accuser Andrea Constand consensual. The felony charge carries a potential 10-year prison term, but Cosby is also focused on the court of public opinion. On the eve of jury selection, he told a talk radio host last week that he hopes to clear his name and resume his stand-up comedy career.

Cosby said he does not expect to testify because of fears he would misspeak during cross-examination.

Montgomery County Judge Steven O’Neill will sequester the jury during the estimated two-week trial because of the frenzied media coverage expected. Jurors will be about 300 miles from home, across the state in suburban Philadelphia.

The trial starts June 5. One other accuser will be allowed to testify for prosecutors who hope to show that Cosby’s encounter with Constand was not accidental but part of a broader pattern of sexual misconduct.

The Associated Press does not typically identify people who say they are sexual assault victims unless they grant permission, which Constand has done.

A run-down of what to expect as a dozen jurors and six alternates are selected:

Q: Why is the jury being picked in Pittsburgh?

A: Cosby’s lawyers sought an outside jury because the case had been a flash point in the 2015 race for Montgomery County district attorney. Former prosecutor Bruce Castor, the Republican candidate, had declined to charge Cosby a decade earlier. First Assistant District Attorney Kevin Steele, a Democrat whose office had reopened the case, attacked Castor over the Cosby case in campaign ads.

Q: What will it be like to serve on the jury?

A: In a rare move, the jury will be sequestered near the courthouse in Norristown, some 300 miles away from their homes. Court officers will keep close tabs on their cellphone use, TV time and reading material, given the huge media coverage the case will bring. The trial is expected to last about two weeks, but could go longer if rebuttal witnesses are called or the jury struggles to reach a verdict.

Q: What type of jurors will the defense seek?

A: The defense will likely seek jurors who are black, male, older and perhaps celebrity worshippers, in the view of jury consultant Howard Varinksy, who advised prosecutors in the murder trials of Scott Peterson, who was convicted of murdering his pregnant wife, Timothy McVeigh and others. Black jurors may be more willing to doubt police and prosecutors, while older jurors may blame the victim for being in the married Cosby’s home, he said. Celebrity worshippers may be sympathetic or try to form a connection to the star, relating to the fact they once saw them in a store or come from the same hometown or have children the same age.

Q: How about the prosecution?

A: Younger jurors may have more modern views of sexual assault cases, especially those, like Cosby’s, that involve acquaintance situations or a delay in contacting police. Varinsky expects about one in four jurors to say they or someone close to them has been the victim of a sexual assault. Those individuals would likely be dismissed by the judge.

Q: How much leeway does each side have to pick jurors?

A: Either side can ask the judge to strike a potential juror for cause, without it counting against them. That might include jurors who admit having a biased view of the case, or have a hardship — a medical condition, family obligation or financial or job situation — that prevents them from serving. After that, each side can strike seven jurors and three alternates without cause, simply because they sense they fear they would hurt their sides.

Q: Will the jurors be identified?

A: Judge Steven O’Neill plans to keep the jurors’ names private. However, the press will be covering the proceedings, reporting on both the nature of the arguments over jury selection and the willingness of people to serve in the high-profile case.

Q: What should I watch for?

A: The elements to watch for include:

—Jurors too eager to serve in a celebrity case. Some may even hope to write a book afterward, if past cases are any guide.

—Can the parties find 18 people without strong feelings about the case or Cosby’s career? Do they express fond memories of benevolent TV dad Cliff Huxtable or cartoon character Fat Albert? Or are they bitter about Cosby’s scolding of the young black community?

—Is the jury pool familiar with the scores of other Cosby accusers? Are people being truthful if they say they’re not, given the widespread media coverage?

—Will politics come into play, subtly or not? Given sex assault allegations raised against President Donald Trump, and his vulgar comments caught on tape about grabbing women, will lawyers try to glean the jurors’ political leanings?

Q: Will jurors hear from Cosby during the trial?

A: Cosby told an interviewer this past week that he does not expect to testify, given his fear of wading into trouble while trying to be truthful during cross-examination.