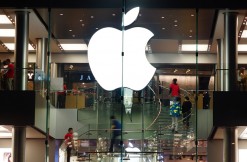 Protesters are scheduled to show up at Apple Stores worldwide on Tuesday at 5:30 p.m., local time. They’re going up against the FBI’s demand that the company break into the iPhone of Syed Farook, one of the San Bernardino shooters.

A privacy group, Fight For the Future, has planned over 40 protests. Most are set up in the United States, but you’ve got some in foreign cities like London, Munich, and Hong Kong.

“It’s a clear case of government overreach,” Evan Greer, the group’s campaign director, told Newsweek. “The FBI has been wanting to set this precedent for years and it’s shameful that they’re exploiting the tragedy in San Bernardino to push an agenda that won’t make us more safe, and in fact will make us more vulnerable to the types of attacks the government claims it’s trying to prevent.”

In a statement released Wednesday, Apple CEO Tim Cook responded to a California court order filed by the feds, saying no, they wouldn’t help the government open the phone. Doing so would mean creating a hackable operating system, and such technology could be used against innocent people, Cook said. The Justice Department answered with another court order filed Friday. A lawyer for San Bernardino survivors is also expected to file an amicus brief for the feds in March.

FBI Director James Comey said Cook exaggerated the drawbacks of opening the phone. “The relief we seek is limited and its value increasingly obsolete because the technology continues to evolve,” Comey said in a statement issued Sunday.

Protesters aren’t sure about that, of course. “If the FBI gets its way in this case, it will set a precedent for security holes that can be exploited not only by law enforcement but by cyber attackers, stalkers, foreign governments and others,” Greer said. Clearly, this is a fraught situation, with potentially damaging consequences to privacy rights.

According to investigators, Farook, 28, and wife Tashfeen Malik, 29, killed 14 people and 22 injured at a government building on December 2 in San Bernardino, California. They were killed by police in a shootout.