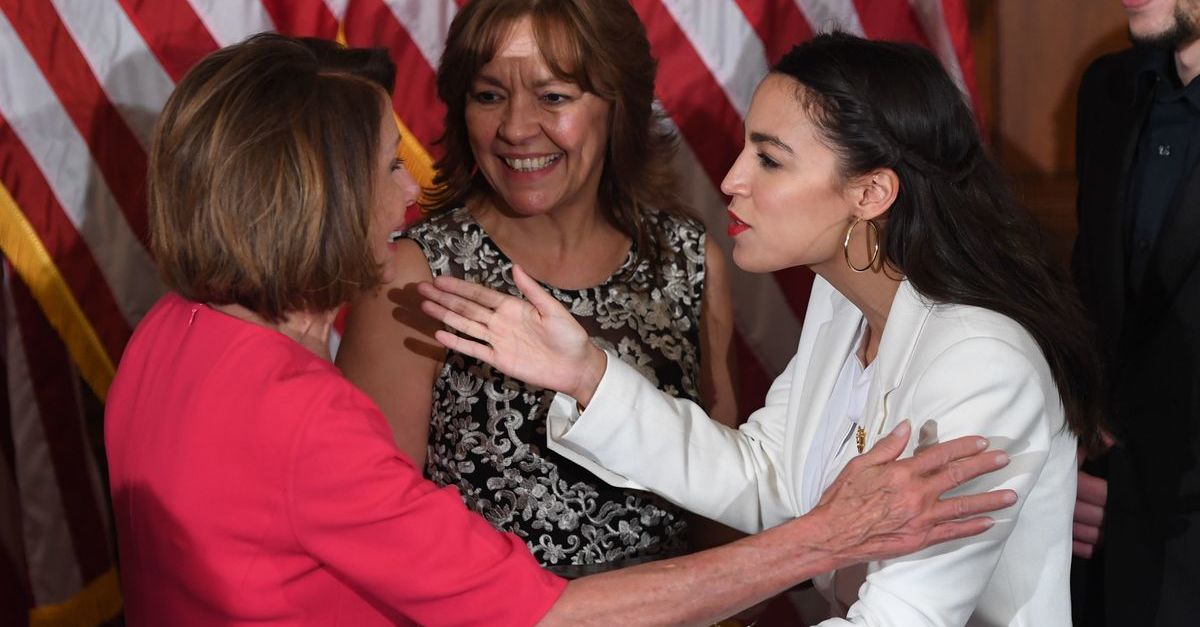 House Majority Leader Nancy Pelosi has been in power for less than two weeks. During that period of time, she’s already broken a key promise to a group of Democrats whose support was instrumental in fending off recent challenges to her authority.

Within hours of the polls closing in last year’s midterm elections, it became clear that the Democratic Party had wrested control of the lower chamber from the GOP. Immediately after that, attention shifted to several high-profile incumbents who had previously opposed Pelosi and newcomers–freshman politicians–who had pledged not to support the once-and-future incarnation of Democratic Party leadership in the U.S. House of Representatives.

Some 20-odd incumbents and freshmen made their views known to the press–with 16 going so far as to sign an open letter declaring their intention to vote against Pelosi. Enter the Congressional Progressive Caucus (CPC).

In order to shore up her support and staunch the bleeding from the miniature rebellion against her, Pelosi reached out to the CPC–the largest caucus within the Democratic Party–and secured support from their members in return for choice committee assignments.

Reps. Pramila Jayapal (Wash.) and Mark Pocan (Wis.), the caucus’ co-chairs, leveraged their endorsement of Pelosi for the promise of proportional representation on five key House committees where their presence is currently lacking: Ways and Means, Energy and Commerce, Financial Services, Appropriations, and Intelligence.

The contours of this deal were reported on again–and again by HuffPost–in mid December:

[I]n exchange for its support of her speakership, the co-chairs of the Congressional Progressive Caucus already secured a commitment from Pelosi that their members would have proportional representation ― 40 percent of the seats ― on the four “money” panels and the Intelligence Committee.

“Progressive Caucus members did receive several new assignments announced Wednesday night, but only hit 40 percent on Ways and Means, on which progressives had already achieved a 40 percent threshold in the previous Congress,” reported David Dayen, Ryan Grim and Aída Chávez in The Intercept.

According to numbers provided by the Progressive Caucus, membership increased on Ways and Means from 42 percent to 54 percent. Energy and Commerce moved from 29 percent to 31 percent, and Appropriations held steady at 36 percent.

The Intercept goes on to say that committee assignments have not yet been doled out for the Intelligence Committee or the Financial Services Committee–and that CPC members are expected to wield considerable power, if not proportional representation, on the latter committee.

Also notable is the snub that Pelosi and her allies reserved for Representative Alexandria Ocasio-Cortez. The superstar freshman had been angling for a seat on the extremely powerful Ways and Means Committee–the committee tasked with most tax, budget and welfare related legislation.

New York City traditionally has a seat reserved on Ways and Means but this tradition went out the window as House leadership passed over Ocasio-Cortez and instead opted for sophomore centrist Representative Tom Suozzi, who represents New York’s Gold Coast–the part of Long Island lampooned in F. Scott Fitzgerald‘s The Great Gatsby.

Law&Crime reached out to both House leadership and CPC leadership for comment on this story, but no response was forthcoming at the time of publication.