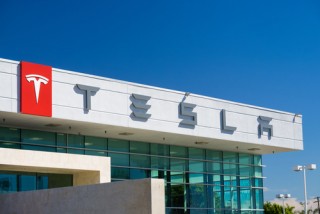 Christian J. Scali, Robert D. Daniels and John P. Swenson all contributed to this report. They are attorneys at The Scali Law Firm of Los Angeles, Calif. They specialize in the auto dealer industry.

Joshua Brown was a Navy SEAL and Tesla enthusiast who praised his Tesla’s Autopilot feature for avoiding a car accident in April. Ironically, when that same system failed to protect Brown’s life a month later, Brown became an unfortunate statistic: the first American to be killed in a car with AV technology – whose proponents promise a future of safer vehicles and roadways.

On Thursday, in response to the accident, the U.S. National Highway Traffic Safety Administration (NHTSA) announced it is opening a preliminary investigation into the Autopilot feature in 25,000 Tesla Motors Model S cars.

Tesla now arguably faces multiple levels of scrutiny. Once NHTSA has thoroughly investigated the Autopilot feature, there could be a recall – which would be a tremendous test of Tesla’s refusal to utilize the kind of dealership franchise distribution system used by other automakers to quickly remedy serious defects and recalls.

The accident is arguably the most serious setback to date for companies from Apple and Google to General Motors and Ford who are testing AV technology.

Some of these companies have criticized the California DMV for resisting autonomous vehicles without a competent driver behind the wheel, ready and able to take over. Some AV tech developers argue that a driver override defeats the whole purpose of leaving the driving to a form of artificial intelligence which can process and react to situations much more efficiently and quickly than a panicked driver.

In the case of Brown, Tesla states that the accident occurred  after a tractor-trailer crossed in front of the car at an odd angle that was difficult to detect both by Autopilot and the driver.

“Neither Autopilot nor the driver noticed the white side of the tractor-trailer against a brightly lit sky, so the brake was not applied,” says Tesla’s account of the accident. “The high ride height of the trailer combined with its positioning across the road and the extremely rare circumstances of the impact caused the Model S to pass under the trailer, with the bottom of the trailer impacting the windshield of the Model S. Had the Model S impacted the front or rear of the trailer, even at high speed, its advanced crash safety system would likely have prevented serious injury as it has in numerous other similar incidents.

Tesla has been fighting the dealer franchise system since it began selling cars.  As a result, it does not have a nationwide network of franchised dealers that are available to do necessary warranty and recall repairs and which are located within a reasonable distance of most car owners.

Though Tesla does have scattered service centers around the nation, half the states have only one or two service centers.  This places an unfair burden on the Tesla owner, especially in critical situations where the vehicle is not operable or requires a recall repair involving vehicle safety.  It is also of vital importance to many consumers who may want to be able to take their vehicle back to the same dealer they bought it from when the need for repair arises.  And although Tesla might point out that recall repairs can be performed through a simple software update, not all repairs are software related and mechanical recalls will inevitably occur.

The absence of an independent automobile retailer/servicer is further detrimental to consumers because it puts all of the power in Tesla’s hands to deny a warranty repair without the benefit of a knowledgeable customer advocate to challenge warranty coverage decisions. Under a franchise distribution model, the independently owned franchised dealer employs highly skilled technicians, shop foremen and service managers to assess vehicle malfunctions and assist the customer in obtaining repairs free of charge under the manufacturer’s warranty and at the manufacturer’s expense.  The vehicle manufacturer’s interest is to reduce expenses and show a vibrant bottom line to its shareholders and has less incentive to cover repairs under its warranty. Thus, even on the service side of the business, a franchised dealer serves a valuable role as an advocate for the consumer.

In short, it is to the consumer’s benefit to have ready access to nearby franchised dealers who are trained and certified to provide reliable and high quality warranty and recall repairs.  Ironically, this point was indirectly bolstered by Tesla’s own spokesman at an FTC workshop in January.  In his remarks, he cited no less than seven reasons why Tesla did not want to sell its cars through a franchised dealer network, and none dealt with vehicle repairs or servicing.  Tesla’s main stated concern is “maintaining the integrity of their brand” – a goal they’ll struggle to meet if they make decisions at the expense of their customer’s convenience and safety.