Police Officers to Keep Track of Races of People They Stop, Chief Says 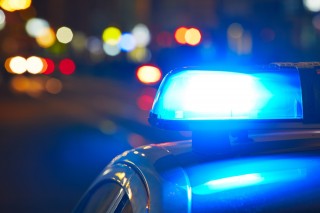 Chief Robert White of the Denver Police Department announced that by the end of this year, officers will begin to keep track of the races of people that they stop, the Denver Post reported. The records are supposed to be for transparency in the department, to monitor potential bias among officers. It has been 14 years since the department has attempted to study internal racial bias. For years, police had said that such an undertaking would be too costly and difficult, but changed their tune amid calls from community members to take action.

“Officers need to know and citizens need to know how everyone’s actions are going to be held accountable,” White told the Post. “Without it, we can’t prove anything one way or the other. That does not benefit the transparency or the credibility of the department.” Minority groups, including the Colorado Latino Forum and local branches of the NAACP and Black Lives Matter had been asking for this kind of effort through petitions, rallies, and meetings with law enforcement. Their belief is that blacks, Latinos, and Native Americans are stopped and searched at a rate that is disproportionately high compared to whites. Calls increased after the deaths of Alton Sterling and Philando Castile during police shootings in Baton Rouge and St. Paul in July.

The executive director of Denver’s safety department, Stephanie O’Malley had been against collecting racial data, believing that asking people for that information could unnecessarily escalate encounters with police. O’Malley changed her stance after hearing the calls from minority groups. “There has been outreach from members of the community to collaborate with us on the collection of data concerning law enforcement contacts and we are not adverse to having that happen,” she said in a statement.

The Denver Police Department has yet to determine how they will collect and study the information, but O’Malley said, “We will explore ways to meet expectations while considering the impact of acquiring personal information from residents during their interactions with police officers.”