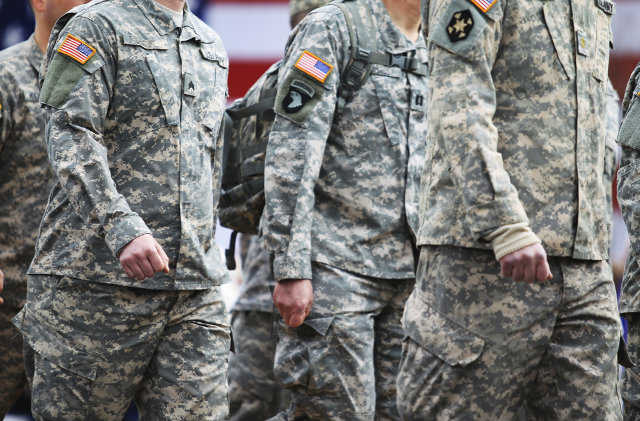 The U.S. armed services fast-track citizenship for some foreign-born soldiers, but that may change, a Washington Post report says. The Pentagon is thinking about canceling enlistment contracts for 1,800 immigrant recruits, said a Defense Department memo obtained by the outlet. About 1,000 saw their visas run out while waiting for travel orders, so they’d be vulnerable to deportation if the policy does change.

It all amounts to lack of resources, the memo said. The document, written for Defense Secretary James Mattis, talked about possible security risks of immigrant recruits in a special program. Called the Military Accessions Vital to National Interest (MAVNI), it helps immigrant recruits get citizenship if they can bring important language and medical skills to the service.

But the memo, written by Pentagon personnel and intelligence officials, argued that vetting these people for security risks placed a huge burden on “fiscal and manpower” resources. This is supposedly true in the Army, where most MANVI troops have served since the program started in 2009. Therefore, officials recommended stopping the program.

The DoD hasn’t confirmed the memo’s existence. Spokesman Johnny Michael only told the Post that they’re reviewing programing requirements, but declined to comment on the document itself or internal discussions. The Post’s copy was signed off on by personnel official Tony Kurt on May 19.

Professor Lenni Benson, who teaches about immigration at New York Law School, called the reported recommendation a “foolish action.” She told LawNewz.com that Congress has already established adequate security checks, and that MANVI recruits, often people who already have degrees, are carefully chosen. Besides, keeping them in the military actually makes it easier to keep an eye on them since they have no privacy rights once in the service.

Benson argued this also undermines national security because the armed services faces personnel shortages. She said the reported memo is “playing with the illusory fear of national security.”

This WP report comes as President Donald Trump, who ran on a hardline immigration policy, continues to hype deportation efforts.