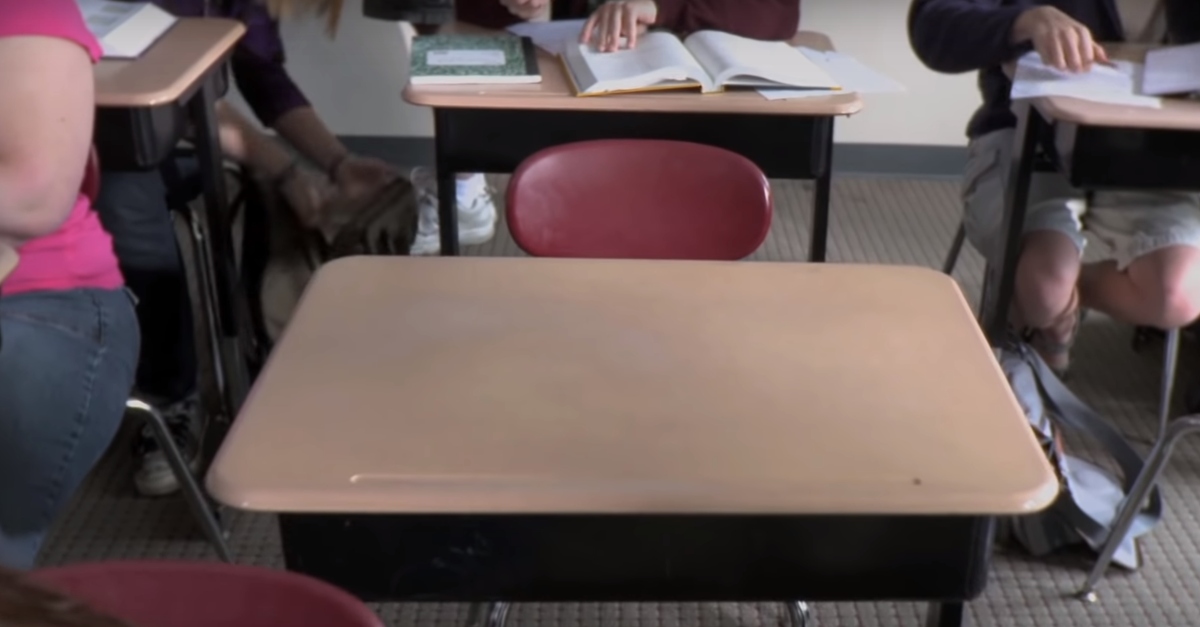 Parents in Westchester County, New York said school officials failed to tell them about red flags leading to the suicide of their 13-year-old son. The Bedford County School District and several officials are defending themselves against a lawsuit filed Dec. 17 in the Southern District of New York. The parents are going by the names John and Jane Joe.

They said their son, identified in the complaint as Fox Lane Middle School student A.A., suffered from emotional problems since at least 2013. As such, his “Individualized Education Program” for the 2017-2018 school year noted his diagnosis of attention deficit hyperactivity disorder, and school officials were required to tell the parents about any changes in the boy’s behavior. Not only that, but the son was a long-time victim of bullying. For example, two students tried to hoist him over a stairwell in October 2017, and others recorded this on their phones, the complaint said. School officials promised to handle it, but the perpetrators returned to school two days later, according to the parents. The bullying allegedly continued.

A.A. committed suicide on Dec. 18, 2017, hanging himself in the basement of his parent’s home. This came about three weeks after his bar mitzvah, and not long after he had a brief relationship with a girl.

The couple corresponded through their school email, but the principal told them on Dec. 15 they couldn’t exchange message anymore on those accounts. The monitoring software noted their use of the phrase “make out,” school officials said in the lawsuit. A.A. continued writing on a private email account using a school-issued laptop via the school’s Internet connection, plaintiffs said.

That relationship had ended by Dec. 17. A.A. sent curse-laden messages to the girl, according to the complaint. These were forwarded to a counselor by her mother on the morning of Dec. 18. This staffer in turn allegedly sent it to others, but A.A.’s parents claim they were not told about any of this before his death. Throughout that day, the former couple exchanged dozens of messages on their school-issued laptops. A.A. used phrases like, “I fucking hate myself,” and “Mr. Life? Can I get a refund please? Mine’s broken.” This culminated with a public breakup in the lunchroom, according to the plaintiffs. It was so bad that a lunch aide reported it to staff.

Problems continued with  A.A. drafting four suicide letters from his email account between 3:09 and 3:29 p.m. with the phrase “SUICIDE” in the subject lines, according to the lawsuit.

Just after 4:00 p.m., A.A. sent a letter to his ex-girlfriend blaming her for what he was about to do, the complaint said.

“It’s totally your fault,” he allegedly wrote. “Kill yourself so you can come down to hell where I am and apologize.”

The girl showed it to her mother, who again forwarded it to the counselor.

“I feel that this kid needs some serious help, and he need to stay away from [my daughter],” the mother wrote, according to lawsuit. “Please help me with this.”

A.A.’s parents said they weren’t told about their son’s behavior, which allegedly included a Dec. 6 message on his school email account in which he said he was “so depressed,” as well as their son’s public breakdown in the school cafeteria, and the messages forwarded by the girl’s mother, according to the lawsuit.

The complaint also went into detail about “affirmatively misleading phone calls” the school psychologist made to them on the day of Dec. 18. She left a voice message for Jane Doe before 3:00 p.m., but because it was “delivered in a light, breezy tone,” it did not convey the seriousness of the matter, the lawsuit said. The psychologist allegedly reached John Doe after 3:00 p.m. and spoke with him.

The parent were allegedly only told that their son needed to stay away from the girl, but the psychologist shared nothing else.

Law&Crime reached out to Bedford Central School District Superintendent Christopher Manno, who is named in the complaint as a co-defendant.

“Our foremost concern at the Bedford Central School District is the safety and well-being of our students and we are committed to working with our students and families to help our school community grow and thrive,” Manno wrote in an email. “We are aware of the lawsuit filed, however, district policy does not allow us to comment on pending litigation.”

Jane and John Doe's Law… by on Scribd

[Screengrab from suicide awareness PSA by Daniel Gvozden on YouTube]