OJ’s Livin’ it Up in Prison: Plays Fantasy Football, Gets Sticky Buns, Flatscreens… 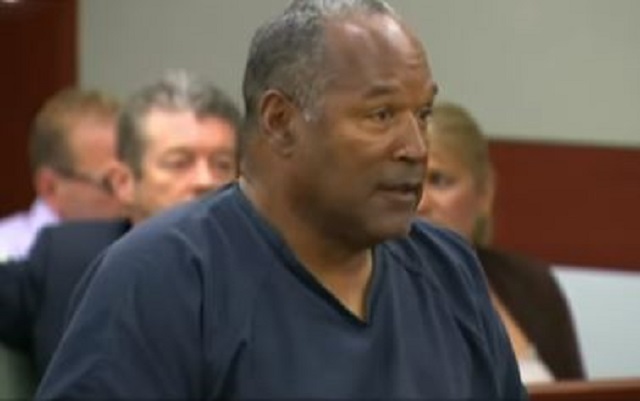 People carrying your bags for you, eating decadent desserts, playing games? You might think I’m describing the newest luxury cruise line, but this is just a typical day in the life of an inmate at Nevada’s Lovelock Correctional facility … well, if your name happens to be O.J. Simpson.

According to a CNN report about The Juice’s life behind bars, Simpson has spent his days in prison playing fantasy football, coaching softball, and enjoying snacks like chocolate chip cookies and sticky cinnamon rolls. If you’re thinking that O.J.’s prison life sounds better than your own life on the outside, you’re not alone. Oh, and his cell has its own flat screen television.

One guard, who has since retired, described some of the preferential treatment Simpson enjoyed, “What happened usually O.J. Simpson cuts in front of every line,” the guard said, using meals as an example. “Everybody understands that. Because that is just the way of life at Lovelock.”

Even for non-celebrity inmates, Lovelock is known for being more comfortable than other Nevada facilities. The same guard said that while at other prisons, the population was generally self-segregated by race, Lovelock is a more inclusive environment.

Wow, racial harmony and cookies?! No wonder people would commit armed robbery to be there.

On Thursday, though, Simpson may have to start saying his goodbyes to Camp Lovelock. The former Buffalo Bills star has a parole hearing, having served nine years of his 33-year sentence. Simpson was already granted parole for some of his charges after a hearing a few years ago, and word is that he has a good chance of getting out.

I wonder if freedom will taste as good as those sticky buns.