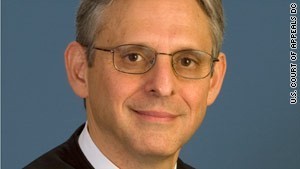 In a recent opinion piece in the Washington Post, Gregory Diskant suggested that neither President Obama nor the American people need wait indefinitely for the Senate to act on the nomination of Merrick Garland.  In essence, the author argued that at some point the Senate can be determined to have waived its right to give its advice and consent.  The editorial reflects a fine dosage of logic and common sense.  Unfortunately, it is not the law.

Judge Garland deserves an up or down vote of “the whole body” of the Senate, as Alexander Hamilton writing in the Federalist Papers put it, but there is no precedent supporting the type of constitutional waiver suggested by the opinion piece.  Indeed, the Court has said nearly the opposite.  When Congress tried to directly interfere with executive responsibilities by subjecting them to an unconstitutional legislative veto, the Supreme Court rejected the idea that the President sign legislation containing such veto constituted a waiver of the presidential right to be free of such interference.  Neither presidents nor senators can waive the rights associated with their respective offices; were it otherwise, a form of constitutional amendment unrecognized by Article V would have been created without it being submitted to the people for ratification. Moreover, there is the rather large practical difficulty of enforcement of such a waiver.  It is highly likely that if the President took the waiver theory to court that it would be characterized as a political question outside the subject matter assigned to the judiciary.

All that said, can it be that those elected to the high office of the Senate and who take an oath to preserve, protect and defend the ratified Constitution can simply ignore it?  The Senate does have complete discretion to accept or reject Judge Garland; what the Senate has no authority to do is thwart the constitutional process despite there being ample time to consider the Judge’s candidacy.

Where is the constitutional discipline for Senate misbehavior?
Senators are not subject to impeachment, but under their own rules, can be expelled. Under Article I, Section 5, clause 2, of the Constitution, a Member of Congress may be removed from office before the normal expiration of his or her constitutional term by an “expulsion” from the Senate upon a formal vote on a resolution agreed to by two-thirds of the Members of that body present and voting. While there are no specific grounds for an expulsion expressed in the Constitution, expulsion actions in both the House and the Senate have generally concerned cases of perceived disloyalty to the United States, or the conviction of a criminal statutory offense which involved abuse of one’s official position. Each house has broad authority as to the grounds, nature, timing, and procedure for an expulsion of a Member. That said, the chances of Senators turning themselves in as constitutional scofflaws and expelling each other over the Senate leadership’s default of responsibility to give an up or down vote on the Garland nomination just isn’t going to happen.  An alternative path, though also not free from doubt, might be to start recall campaigns in the individual states.  But again, the cost and time associated with a recall seems a remote, costly and untimely remedy.

So what is a President to do?  The best alternative is for the President to use recess appointment authority.  Multiple judges, including some notable Supreme Court justices, including Chief Justice Earl Warren, began as a recess appointment.  This is the means the Constitution gives the President to deal with filling vacancies where the Senate, for whatever reason,  was dragging its feet.  A recess appointment is especially well-suited here because it simultaneously allows President Obama to have the benefit of his full presidential term, while also satisfying Senator McConnell’s preference to have the long-term appointment not made during an election year.  Moreover, the difficulty of enforcement is set aside, since President Obama would be affirmatively putting Judge Garland to work at the Supreme Court immediately, but only temporarily,  until the end of the first session of the next Congress to be elected – meaning, basically, that the new President could either renominate Garland for the long-term or find someone else to his liking.

There is a stumbling block, however, and ironically, it comes from the Supreme Court itself.

A recent decision troublingly allowed the Senate to defeat the President’s recess appointment authority by allowing the Senate to pretend that it never goes out of session, which, except in the rarified world of legal fictions, is hardly reality.  The ruling left a small opening to re-examine this make-believe practice in situations of emergency or unforeseen urgency.  Well, here is a case with plenty of urgency, since the Senate’s pretense of always being open for business is not only a lie; it is a lie now being used to harm the rule of law and the independent judiciary and all those with life, liberty or property before the court – namely, all of us.