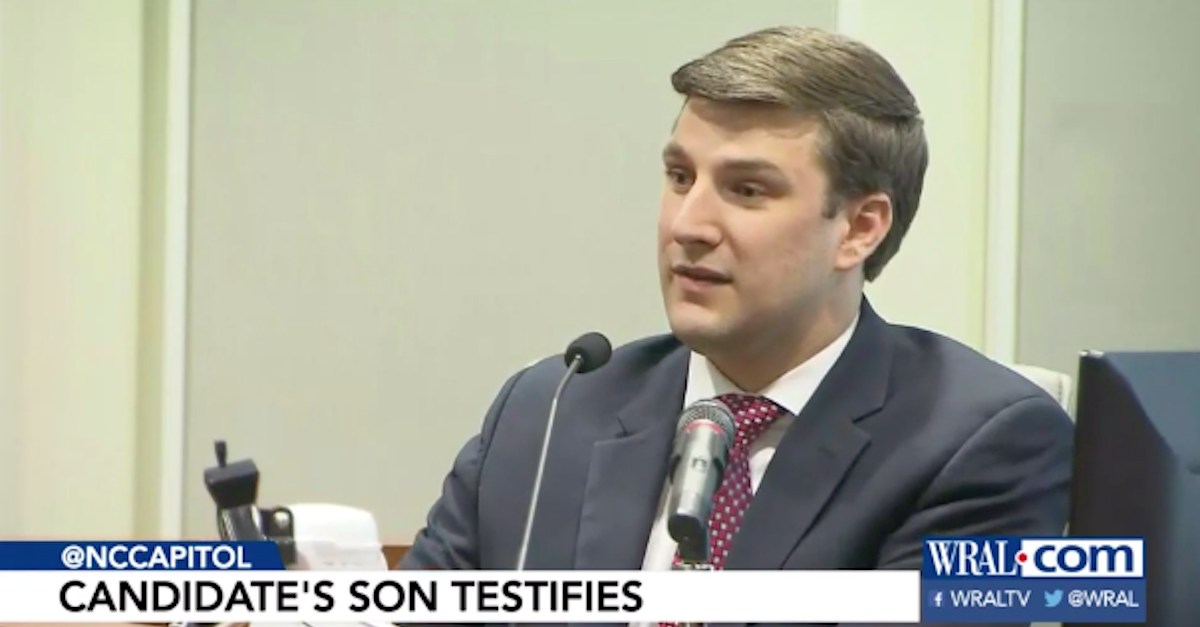 The North Carolina Republican congressional candidate at the center of a voter fraud scandal was reportedly warned by his son that a campaign aide had engaged in illegal activity in a previous election.

Mark Harris‘ son, John Harris, said during a hearing that adviser McCrae Dowless may have illegally collected absentee ballots during the 2016 election, when he worked for a different GOP candidate, the Washington Post reported. Dowless is now accused of doing the same thing for Harris, who narrowly edged out Democrat Dan McCready in November. The result has not been certified, due to concerns of foul play.

John Harris said warned his father and chief campaign strategist Andy Yates about Dowless back in 2017 before they hired him. Despite the heads-up, they hired him anyway.

The North Carolina State Board of Elections (NCSBE) has been conducting an evidentiary hearing as they investigate what happened in 2018’s election. Earlier this week, campaign staffer Lisa Britt testified that Dowless had her and others collect absentee ballots from voters (which itself is illegal), and open them to see who people voted for. In cases where people had not voted in specific races, they would fill it in to select a Republican, Britt said. She also stated that Dowless gave instructions to lie if asked about these tactics.

John Harris, meanwhile, said he doesn’t believe his father was aware of this at the time.

“I had no reason to believe that my father actually knew, or my mother or any other associate with the campaign had any knowledge,” the younger Harris said during his own testimony. “I think Dowless told them he wasn’t doing any of this, and they believed him.”

Mark Harris is scheduled to testify on Thursday. After the hearing concludes, the NCSBE will decide whether to certify the election results or order a new election.