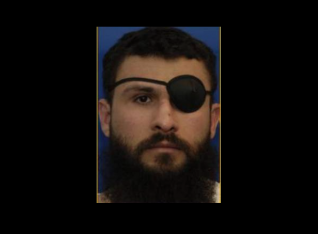 A newly unsealed court filing provides new insight into the “enhanced interrogation techniques” (EIT) used by the CIA on suspected terrorists detained in the aftermath of 9/11.  In a sworn declaration, Abu Zubaydah describes the various EITs he was subjected to during his time in CIA custody.  Zubaydah is believed to be the only detainee that was subjected to all 10 (ten) enhanced interrogation techniques by his CIA interrogators.

In the partially redacted declaration, Zubaydah provides a detailed rundown of his memory of events following his capture in Pakistan in 2002.  Interestingly, Zubaydah claims his first interrogation sessions took place with FBI agents.  “I endured constant sleep depravation, was shackled to a chair naked in freezing temperatures for about 2-3 weeks, and bombarded with high-decibel noise, and without solid food,” the declaration states.  “FBI interrogators questioned me for hours each day.”

Zubaydah claims he was repeatedly asked about al-Qaeda and insists his interrogators wrongly accused him of membership in the terrorist group.  The George W. Bush administration repeatedly described Abu Zubaydah as “the number 3 man” in al-Qaeda, but the Vice News report states the Department of Justice backed off that characterization beginning in 2009.  However, the report states Zubaydah did serve as a sort of facilitator for al-Qaeda, sending the terrorist network recruits who went on to participate in al-Qaeda funded attacks.

Zubaydah then described how this “began [his] most painful and cruel period of torture.”  He claimed several techniques were used, including that he was slammed up against walls (a technique calling walling), confined in a small “dog box” and shackled by his arms from the ceiling in a forced standing position. He then describes being waterboarded over a six-day period.

“As best as I can remember, I would be waterboarded three times in a row, for two sessions per day, over about six days,” Zubaydah claimed.  “Water would enter into my lungs. It felt like my whole body was filled with water; even my eyes felt like they were drowning.”

While Zubaydah’s account is no doubt compelling, there is some reason to believe he might not be the most reliable narrator.  For example, in the declaration he claims that he was against killing civilians. However, the Vice News report says they obtained his personal diaries several years ago, in Zubaydah which expressed his desire to kill Americans.

“I wished to see America’s fall and destruction, and the destruction of the State of Israel, and I wished to torture and kill them myself with a knife,” Zubaydah reportedly wrote in his diaries.

Zubaydah is expected to make his first public appearance since his capture in 2002 next month at a panel of the review board.  The panel will consider whether Zubaydah’s continued detention is necessary to protect the security of the United States.