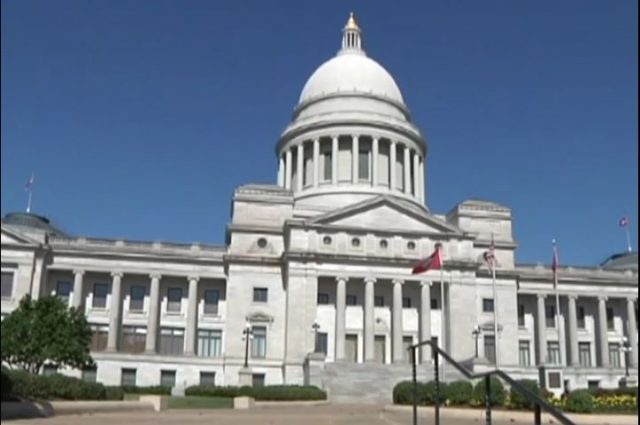 A new law not only restricts when and how a woman can get an abortion, it also lets her family members keep her from doing it. Arkansas Act 45, which passed on Friday, prohibits “dismemberment abortion,” also known as dilation and evacuation or D&E, a method commonly used to terminate pregnancies in the second trimester. Doctors who perform D&E abortions can be found guilty of a felony and face civil lawsuits. Other methods of abortion are not prohibited by the law.

Lawsuits against the doctors prescribed by the law aren’t just limited to money though. The law says that if a doctor attempts to perform a D&E abortion, which is regarded as the safest method of abortion after the 14-week mark, the woman’s husband or parents can sue to prevent the doctor from performing the abortion. The law is unclear what constitutes an attempt, or how an injunction against the doctor would be more effective than criminal charges. The law does state that if a pregnancy is the result of a criminal act, the perpetrator can’t collect monetary damages, but it doesn’t say they can’t sue to prevent the abortion.

There is an exception in the law for circumstances where there is a “serious health risk” for the mother. In such cases, D&E abortions are still allowed. There are no exceptions, however, for rape or incest.

The Daily Beast reported that 683 of Arkansas’s 3,771 abortions in 2015 were done with the D&E method, and Laura McQuade, president and CEO of Planned Parenthood Great Plains told the publication that it’s “the most common method of second-trimester abortion in the United States and in the world.”

The law was sponsored by Arkansas Rep. Andy Mayberry. LawNewz.com reached out to Mayberry with questions about the law. He has not responded yet, but he has said, according to The Daily Beast, that D&E is a “gruesome, barbaric procedure” that “no civilized society should embrace.”