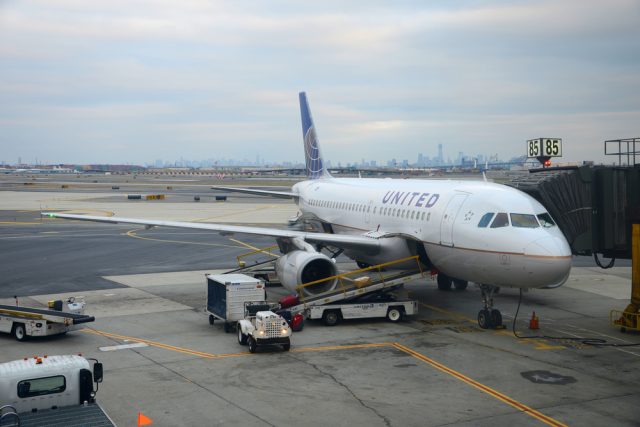 Just when the whole United Airlines fiasco was finally starting to fade from the headlines, another story about the carrier popped up Wednesday afternoon from a mother claiming she was repeatedly groped by a visibly drunk older man as she sat next to her 12-year old daughter.  Jennifer Rafieyan claims it occurred on a flight from Newark, New Jersey, to Phoenix last month and United flight attendants repeatedly refilled the alleged groper’s empty glasses with wine and whiskey.

She told her story to the Huffington Post on Wednesday and United had not commented on the matter by the time it was published. Rafieyan told the outlet she watched two flight attendants help the man to his seat prior to takeoff, despite what she believed was a clear level of drunkenness and a supposed warning from two flight attendants about the man.

“[One attendant] made some comment to me like, ‘This is going to be an interesting flight,’ and looked at him,” Rafieyan told the outlet. “And then the other flight attendant came up and said, ‘Let me know if you need anything. I mean it’― and she looked at him.”

Rafieyan says it only got worse from there.  The outlet states:

Over the course of the next five and a half hours, [she] says the 64-year-old repeatedly groped her and sexually harassed her. He rubbed her legs, grabbed her knee, kissed her hands, put his head on her shoulder and snatched her pen and notepad to add “PASIONAT NITE XX” to the to-do list she was writing. . .

When she eventually says she detailed the complaint to corporate about a month later, and she said the response was totally unacceptable.  She received an apology email from a customer service agent and four $100 vouchers.

The FAA regulations prohibit allowing any “passenger who appears be intoxicated” to board and the serving of more alcohol to passengers once they become visibly drunk.

It is unclear what exactly went went wrong here, as United Airlines is just not talking.  We will update the story if additional information becomes available.