Men’s Rights Group Convinces Judge That Women Should Be Drafted 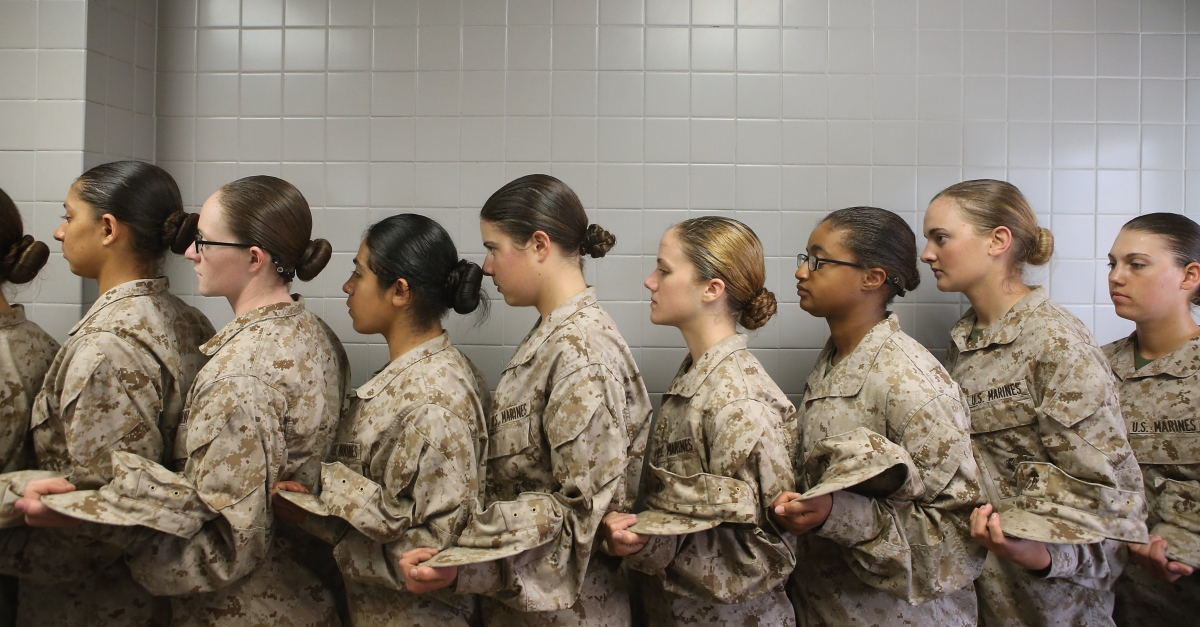 A men’s rights group won a court battle after a federal judge declared the male-only draft unconstitutional. All things considered, though, the victory remains pretty toothless, at least for now. The ruling simply granted a motion for summary judgment, but not an injunction.

From the ruling in the U.S. District Court for the Southern District of Texas:

Although Plaintiffs’ complaint requests injunctive relief, Plaintiffs have not briefed the issue and their summary judgment motion only requests declaratory relief. … Therefore, Plaintiffs’ request for an injunction (Dkt. 60) is DENIED.

“Yes, to some extent this is symbolic, but it does have some real-world impact,” plaintiff attorney Marc Angelucci told USA Today. “Either they need to get rid of the draft registration, or they need to require women to do the same thing that men do.”

The lawsuit was brought by the National Coalition for Men, and other individual plaintiffs. They argued the male-only draft violated due process under the Fifth Amendment.

Still, it’s a remarkable development for a long-standing, if long dormant part of American life. Judge Gray H. Miller ruled that the rationale behind a male-only draft was moot:

In short, while historical restrictions on women in the military may have justified past discrimination, men and women are now “similarly situated for purposes of a draft or registration for a draft.” … If there ever was a time to discuss “the place of women in the Armed Services,” that time has passed.

Miller wrote that Congress previously relied on “broad stereotypes” in discussing whether women should fill combat roles. He wrote that the average woman could possibly be a better fit physically for some positions, depending on the necessary skills.

In a statement celebrating the ruling, Angelucci said this comes after decades of “sex discrimination against men in the Selective Service,” adding, “Even without a draft, men still face prison, fines, and denial of federal loans for not registering or for not updating the government of their whereabouts. Since women will be required to register with the Selective Service, they should face the same repercussions as men for any noncompliance.”

Note: The original version of this article featured the line “The group and their members have sued women’s groups over networking events for female workers, including ‘A Girls’ Night Out Dance Party.'” That’s incorrect, and we’ve removed the passage. The National Coalition of Men were not plaintiffs in those lawsuits. To be clear, its members and a man said to be a former member previously sued, claiming they were barred from networking events.

In one lawsuit, three male plaintiffs said they paid the $20 admission fee to participate in a networking event at a San Diego restaurant, but they said they were turned away and told the event was for women, according to Mother Jones. They were reportedly members of the group at the time of the incident. In another lawsuit, a man who had belonged to the group claimed he tried to enter a “Girls’ Night Out Dance Party” but was told he couldn’t attend, according to NBC. Both complaints were settled.

After the publication for the article, Alfred Rava—a former Secretary for the National Coalition for Men, and the plaintiff attorney in both complaints–told Law & Crime in an email that neither he nor Frye belonged to the group at the time of the 2017 complaint regarding the “Girls’ Night Out,” or the time of where the incident in dispute took place (August 26, 2017 at the SpringHill Suites hotel). He said that the organization as well as the nature of the plaintiffs’ membership and former membership had nothing to do with either lawsuit.

Rava is not named as an attorney in the draft lawsuit.