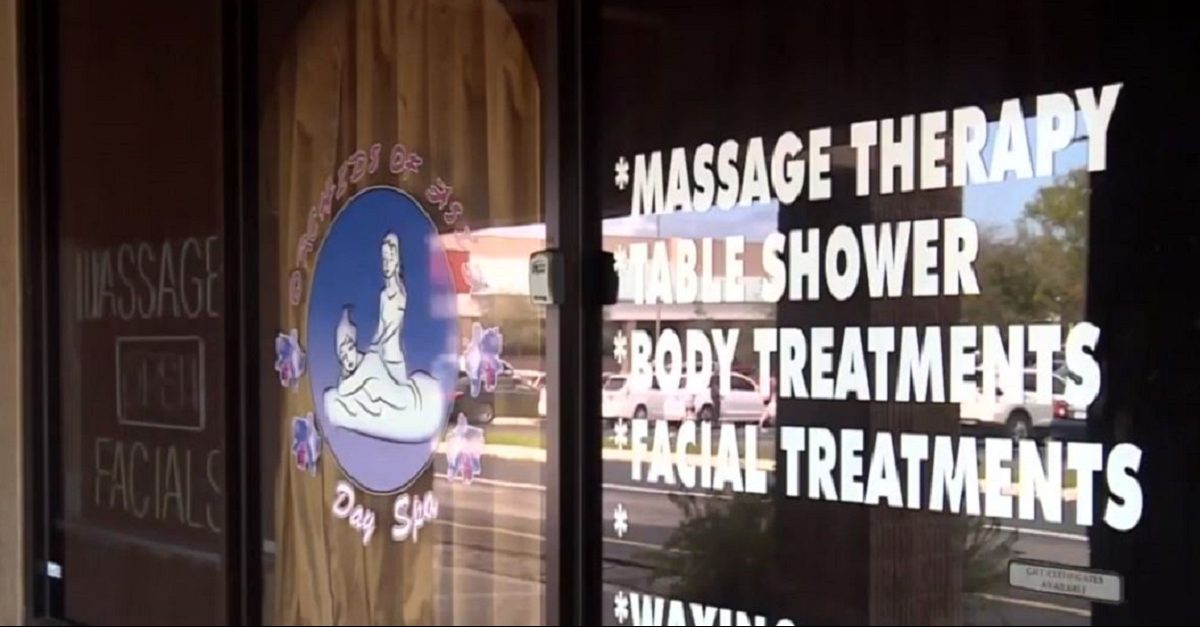 A law enforcement operation that famously resulted in criminal charges against New England Patriots owner Robert Kraft for alleged solicitation of prostitution included the use of video that prosecutors say caught Kraft in the act. What it also allegedly captured, was an innocent man in a state of undress, and that man is now suing the Jupiter Police and the Palm Beach County State Attorney for violation of his civil rights.

The lawsuit, which was filed by a man going only by the name John Doe, claims that police violated his constitutional rights by recording him at the Orchids of Asia Day Spa without good cause.

“Defendants violated Mr. Doe’s constitutional rights on or around January 19, 2019, by spying on him while he was in a state of undress in a private massage room at a private spa facility, despite having failed to meet the constitutional requirements to secretly record him in such a private setting,” the complaint says. In addition to State Attorney David Aronberg and the Jupiter Police, the complaint also names as a defendant Detective Andrew Sharp, whose name appears on police records related to the investigation.

Law&Crime reached out to the Jupiter Police for comment. Aronberg’s office could not be reached at the time of this publication.

Kraft’s attorneys have floated the idea that the video used by police was not properly obtained. Doe’s lawsuit claims that police had a warrant, but still notes the circumstances of the camera’s surreptitious nature of the camera’s installation.

“On January 18, 2019, upon information and belief, the Jupiter Police caused a false ‘suspicious package’ warning to be issued for the Spa. Having evacuated the Spa, the Jupiter Police then entered and installed video monitoring equipment in rooms in which clients received massages, as well as the lobby, pursuant to a search warrant,” the complaint says, claiming that spa personnel were not made aware “of the issuance of the warrant or the placement of video recording equipment on its premises.”

The day after the camera was installed, Doe went to the Orchids of Asia Day Spa for a massage. “Mr. Doe did not engage in any sexual or illegal activity at any time while receiving his massage at the Spa,” the complaint says, stating that Doe had a reasonable expectation of privacy while he was getting undressed for his massage. Despite this expectation of privacy, Doe alleges, “Jupiter Police shared these recordings with other individuals and organizations pursuing or acting in parallel with” the investigation of the spa.

Doe included Aronberg in the lawsuit because he believes that his office unnecessarily included in a case file video of him and other spa customers who were not accused of crimes. While the video has not been made public yet, Doe is concerned that if this does happen, his privacy will be invaded even further. Kraft’s lawyers appeared in court on Friday to argue against the release of any video, claiming that details of the allegations against Kraft are already in police paperwork, and therefore showing the video to a jury or the public would just be “pornography.”

The lawsuit seeks unspecified monetary damages, as well as an injunction prohibiting the police and prosecutors from showing “any and all video, audio, photographic, or other recordings, or any images or other records derived from or based on recordings, made inside the Spa,” and ordering them to destroy all such material.