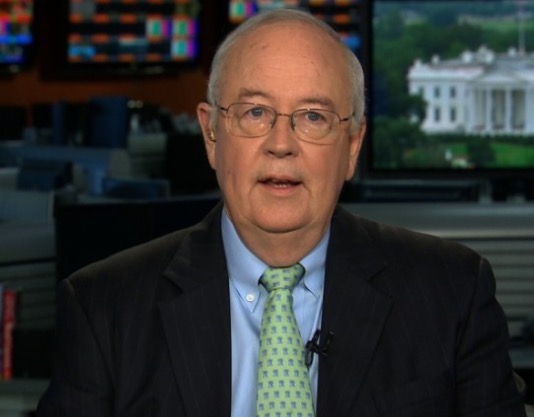 Kenneth Starr, the special prosecutor who carried out the investigation of President Bill Clinton, wrote a scathing opinion piece in The Washington Post. He took aim at President Trump for his recent treatment of  Attorney Jeff Sessions who he has publicly derided as “weak” and “beleaguered” on Twitter. Starr told the President to “please cut it out” and said that his attacks are “profoundly misguided” and one of the most outrageous “courses of presidential conduct I have witnessed in five decades in and around the nation’s capital.”

As if that blow from Starr wasn’t enough, he used an example of how President Ronald Reagan handled a situation where his Attorney General gave him a piece of advice that he didn’t like.  Apparently Attorney General William French brought bad news to the president that the legislative veto was unconstitutional. Reagan’s response? He listened, and he accepted the attorney general’s advice.

“What the attorney general said, the president accepted. It was a matter of trust,” Starr wrote.

Over the last few days, Trump has been launching a full out assault on Sessions in an apparent attempt to get him to resign. Just this morning, he went after Sessions for not replacing Acting FBI Director Andrew McCabe. Internally, there are reports that even his Republican colleagues in congress are growing wary of his attacks on the former Alabama senator.

Starr drew fire himself from Democrats who, at the time, said his investigation into the Clinton administration was far reaching, and was turning into a “witch hunt.” Starr most recently served as president of Baylor University in Waco, Texas.