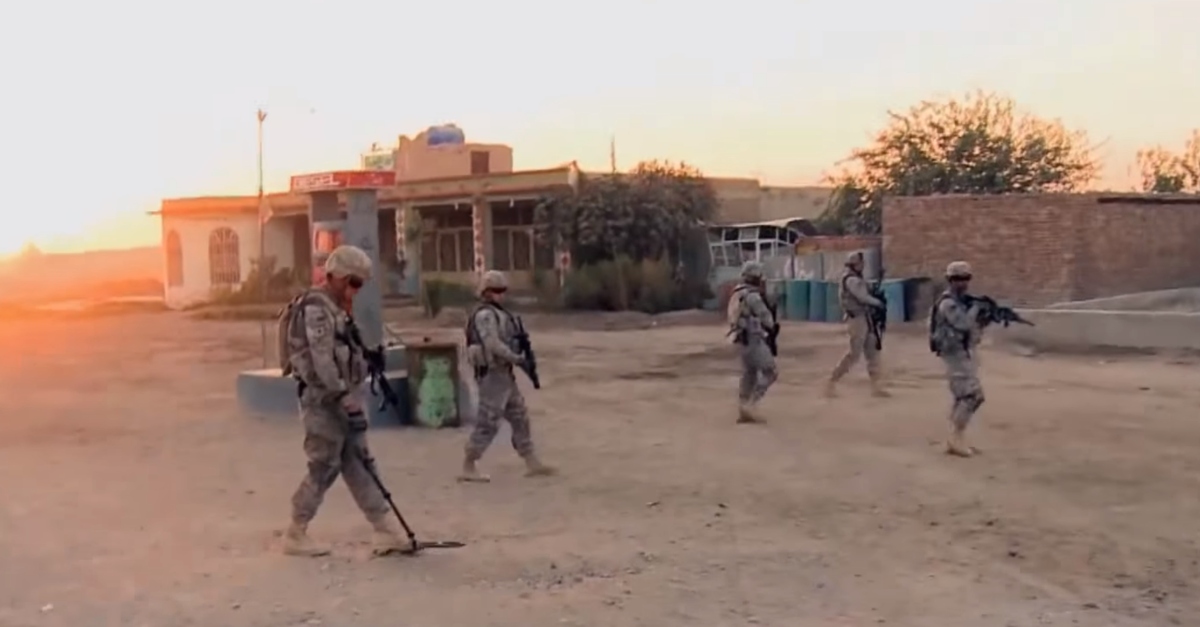 On Friday, the Trump administration asked the U.S. Supreme Court to review its ban on transgender people openly serving in the military, even though appellate courts had yet to rule on the issue.

From the petition for a writ of certiorari:

Accordingly, the government is filing this petition and two other petitions for writs of certiorari before judgment to the Ninth and D.C. Circuits, which have before them a total of three injunctions enjoining the military from implementing the Mattis policy nationwide. The decisions imposing those injunctions are wrong, and they warrant this Court’s immediate review.

President Donald Trump announced last year that he was walking back an Obama-era to decision to allow transgender people to openly serve in the armed forces, but his own administration’s attempts to enforce and revise the ban have repeatedly lost to challenges in the lower courts. Some professors suggested Friday that the White House might be risking its credibility with justices by trying to juke the appellate courts.

“I think the Court will treat this attempt to bypass the appellate process with suspicion,” Chicago-Kent College of Law Professor Anthony Michael Kreis told Law&Crime in an email. “The Administration is now making a habit of this leap frogging. I suspect the Court—the Chief in particular— doesn’t take too kindly to it.”

The White House has taken to reaching out directly to the U.S. Supreme Court in some cases in order to sidestep lower courts likely to rule against current administration policies.

Yet another request from the Solicitor General for extraordinary relief from #SCOTUS (bypassing the ordinary appeals process) = a good excuse to re-up @JoshuaMatz8 on why this trend bodes ill for the government’s long-term credibility with the Justices:https://t.co/HRXObkmtvb https://t.co/6AhaXp5mQZ

DOJ’s argument for why SCOTUS review must happen now:

Keeping trans people out of the military is just as important as the President’s ability to seize steel mills during war time; subpoena-ing a President amidst criminal investigation; & resolving disputes with Iran.

The rushed petition should “bode ill for the government’s long-term credibility with the Justices,” she wrote on Twitter. “Whether it actually does remains to be seen.”

Kreis knocked the administration’s argument on the merits of the case.

“This case is just another one in a long line of attempts by the Trump Administration to curb LGBTQ rights,” he told Law&Crime. “Just a few short weeks after the Department of Justice asked the Supreme Court to overturn nearly two decades of pro-transgender rights under federal employment anti-discrimination law, it isn’t surprising the Administration is working double time to ban trans service in the military. The government’s arguments are extremely weak considering study after study confirms the ability of trans people to serve in the military and President Trump’s order was announced in a tweet without consultation with military brass. I doubt it could survive even rational basis review.”