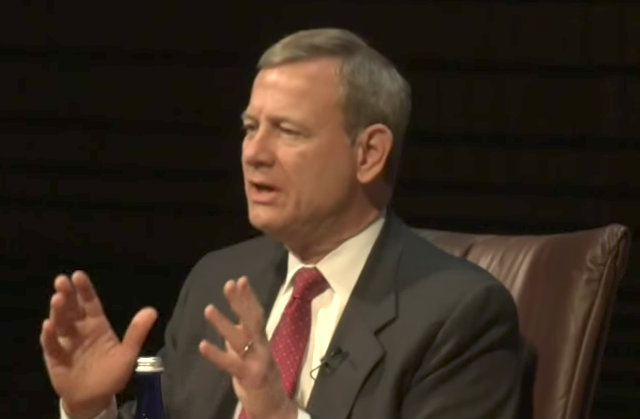 A fact-check published Tuesday by a non profit group showed that Chief Justice John Roberts relied on bad info in the Supreme Court ruling to gut the Voting Rights Act. In 2013’s Shelby County v. Holder, the court believed 5-4 that the historical circumstances behind the law–racist disenfranchisement of black voters–no longer seemed to be an issue because rates of black voter registration apparently outpaced that of white people.

In their expansive study on Supreme Court opinions, ProPublica said Roberts actually used a good source: a report by the Senate Judiaciary Committee in 2006. In turn, committee staffers got their information from a 2004 U.S. Census Bureau post-election survey. So far, so good.

But here’s the problem: Those committee staffers pulled their white voter numbers from the category “white alone.” That’s a pretty broad term, which includes people who are in some part identified as belonging to the white racial group which includes Hispanic people. People who are ID’d as Hispanic will also go under at least one race (eg. white, or black), but most Hispanic people are labeled as “white alone.” This skewed impressions of voter registrations. Some of those white people were actually immigrants, and not U.S. citizens. Therefore, they couldn’t vote in the first place.

The court ruled 5-4 to strike down section 4(b) because it put undue burdens on states for circumstances that were supposedly no longer true. Justices declined to comment when ProPublica reached out to learn more about the errors.

Some of their former law clerks told the outlet that errors were undoubtedly mistakes.

“The court, like any institution, never wants to get it wrong,” said Erin Murphy, one of Roberts’ former clerks.