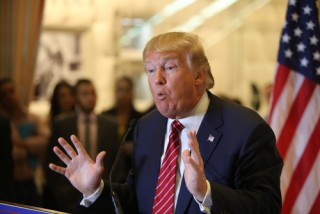 With the crowds of protesters growing larger at each Donald Trump rally, and with the Republican establishment reportedly setting up secret meetings to plot how to take down Trump, we decided to take a look at the various groups that are funding this apparent anti-Trump movement. The Trump haters span from conservatives like the Club for Growth to more liberal organizations like Moveon.org. Overall, tens of millions have been spent with apparently very little impact on the Republican front runner.  Trump continues to lead in the polls and has already racked up 678 delegates and is near that magic number to secure the nomination. Interestingly, many of the major anti-Trump ads across the country are fueled by conservative groups.  We pulled together the following list by examining public records,scanning various news outlets and press releases for coverage. If we find more, we will be sure to update this list:

Those are the major organizations that have or are planning to fund major anti-Trump initiatives. However, with Trump winning primaries across the country, and well on his way to securing 1,237 delegates to win the nomination, it appears these efforts only are only fueling his popularity. We will continue to closely monitor public disclosure filings, and update this list accordingly.

Here is one of the anti-Trump ads funded by Our Principles PAC, a conservative group: