It’s True, The Government Paid the NFL to Stand For the National Anthem 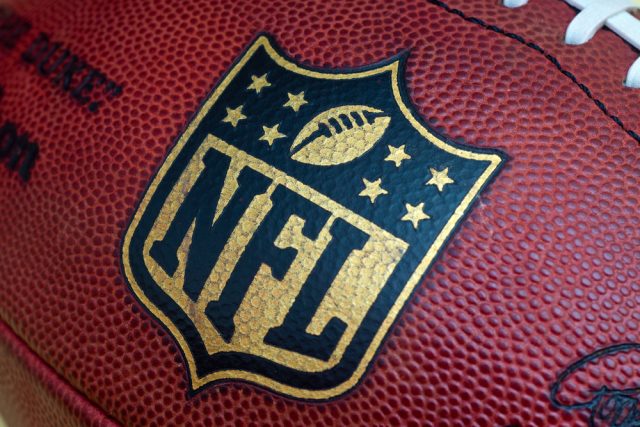 I interrupt this bitchfest over how unpatriotic those ungrateful NFL players are to bring you the national anthem story you should actually be outraged over. The American government pays the NFL to tell its players to stand during the national anthem. That’s right.

For those of you whose heads are beginning to spin, let me lay this all out legally. The First Amendment prohibits any government entity from forcing an individual to say anything. That’s the basic concept of freedom of speech. In a related story, forcing people to salute a flag or swear an oath of loyalty to the government is pronounced, “tyranny.” However, private organizations, including employers (like the NFL) can require employees to say or not say whatever they choose, so long as that speech doesn’t offend some other law. The NFL is well within its rights to require, as a term of employment, that every player sing the national anthem, stand during its playing, or salute the flag; it’s basically the same rule that allows T.G.I.Fridays to require its servers to ask, “is this your first time dining with us today?” when you sit down to order wings. If employees don’t do what’s expected, they’ve breached their contracts. It’s that simple. It’s also not a First Amendment issue, because again, private employers are not government guarantors of Constitutional rights. Of course, the First Amendment implications become murkier when you throw in interference from POTUS, but that’s a whole ‘nother topic.

Before 2009, football players standing for the national anthem wasn’t even a thing. The teams stayed in the locker room until after “and the hoooome of the braaaave,” and then ran onto the field. No one was offended, and no one was on cable news eliciting tears from disrespected military families. But then, the Department of Defense and the National Guard got involved. They began to pay the NFL millions of dollars to have ostentatious flag ceremonies before games. If the waste of taxpayer money isn’t gross enough, grab your barf bag as you learn about the motivation behind the expenditure. The DOD and the National Guard were marketing to sports fans. The concept was that if sports fans saw their favorite athletes standing for the Star Spangled Banner, or saluting the flag, they’d emulate that behavior and become more patriotic themselves. Kind of like the nationalist version of a Nike endorsement contract. I’ll leave open the question of why the U.S. government didn’t also see fit to sponsor other praiseworthy behavior by high-profile athletes, such as living non-violent personal lives, refraining from using illicit substances, and paying taxes.

As part of the new relationship between the DOD and the National Guard, the NFL changed its practices and began bringing players onfield during the playing of the national anthem for some “inspiring” displays of heartfelt patriotism. The outrage over yesterday’s widespread refusal to continue the practice is proof positive that the DOD’s marketing dollars hit their mark. “Patriots” who never noticed the change in 2009 have been suddenly driven into a frenzy over players’ refusal to continue being used as props in the NFL’s high-priced performance of “America.”

In 2015, Senator John McCain and the Senate Oversight Committee issued a statement and corresponding report condemning practice of “paid patriotism,” as charades, “conducted not out of a sense of patriotism, but rather done “for profit in the form of millions in taxpayer dollars going from the Department of Defense to wealthy pro sports franchises.”

The report continued to detail its findings:

Unfortunately, contrary to the public statements made by DOD and the NFL, the majority of the contracts—72 of the 122 contracts we analyzed—clearly show that DOD paid for patriotic tributes at professional football, baseball, basketball, hockey, and soccer games.v These paid tributes included on-field color guard, enlistment and reenlistment ceremonies, performances of the national anthem, full-field flag details, ceremonial first pitches and puck drops. The National Guard paid teams for the “opportunity” to sponsor military appreciation nights and to recognize its birthday. It paid the Buffalo Bills to sponsor its Salute to the Service game.vi DOD even paid teams for the “opportunity” to perform surprise welcome home promotions for troops returning from deployments and to recognize wounded warriors.

Ultimately, the Senate was pretty clear in its conclusion that “paid patriotism” was not only distasteful, but also a gross misuse of taxpayer money:

Even if we accept the DOD’s assurances that the young men and women watching these games may be sufficiently inspired to military service by a half-time reenlistment ceremony, some of the displays funded in these contracts defy explanation as a legitimate recruiting purpose and may be little more than a taxpayer-funded boondoggle.

In my mind, though, it’s the tremendous disrespect this practice embodies that is really the problem.  Senator McCain said it best:

Given the immense sacrifices made by our service members, it seems more appropriate that any organization with a genuine interest in honoring them, and deriving public credit as a result, should do so at its own expense and not at that of the American taxpayer.  Americans deserve the ability to assume that tributes for our men and women in military uniform are genuine displays of national pride, which many are, rather than taxpayer-funded DOD marketing gimmicks.

So here’s where that leaves us:  NFL players chose to make a wordless statement, using the public stage available to them yesterday. The statement those players actually made conflicted directly with a fake statement of patriotism that the NFL received millions to have those same players make. Donald Trump and many like-minded Americans would much prefer that professional athletes “should not be allowed” to refuse to make patriotic gestures. The sincerity of those gestures, however, does not seem to be part of this debate – not even when they are paid for by the government itself.