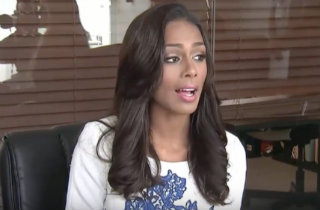 On Monday, Genesis Davila, the woman recently stripped of her crown as Miss Florida USA, fought back by suing the pageant in Miami-Dade County, Florida on counts of breach of contract, intentional infliction of emotional distress, negligent infliction of emotional distress, and defamation. According to ClickOrlando.com, Grant Gravitt Jr., the pageant director, said that “We finally had substantial proof to link her and her vendors to her room on an evening which they were not allowed.”  The proof apparently was gleaned from Davila’s own social media accounts.

By “vendors,” Gravitt is referring to alleged outside hair and makeup artists, who are not allowed during the competition itself, as contestants must use the pageant’s own staff for those needs. He added that “She made a poor life choice,” citing their zero tolerance policy on rule breaking.

In the 21-page complaint obtained by LawNewz, Davila rebuts Gravitt’s argument, alleging that the dispute is much deeper than just simple rule breaking:

Davila is asking for $15 million.

At a press conference announcing the lawsuit, Davila’s attorney, Richard Wolfe, said that with regards to the photo with the date cropped off, “We have a smoking gun. […] I’ve never seen such a strong smoking gun showing one man’s malice.” During the press conference, Wolfe also said he would be filing for an emergency injunction to restore Davila’s place as Miss Florida USA.

LawNewz has reached out the the Miss Universe organization for comment on the lawsuit and will update this space if we hear back from them.