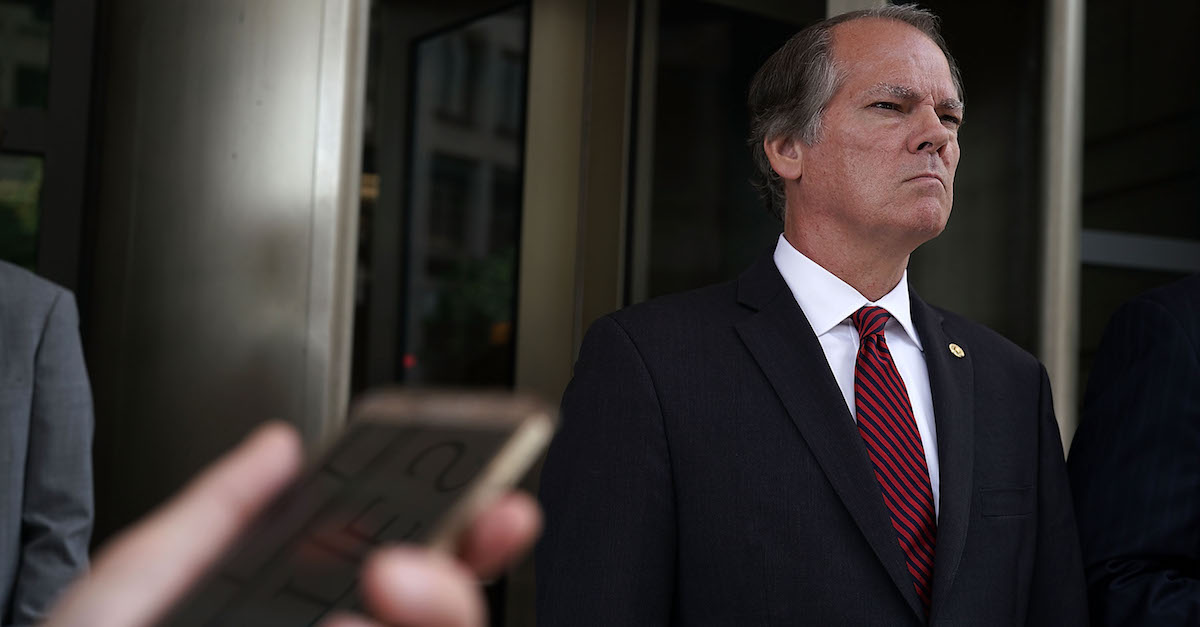 Former Senate Intelligence Committee Staffer James Wolfe, 57, pleaded guilty to lying to the FBI on Monday about his contacts with members of the press, but emphasized that he did not leak classified information.

Wolfe was criticized by President Donald Trump earlier this year and took steps to prevent the president from making prejudicial statements. His defense counsel Benjamin Klubes said in June, for instance, that he intended to “file a motion seeking an order from the court prohibiting the government–including all levels, that means including President Trump–from making improper and prejudicial statements regarding this case.”

You may recall that President Trump referred to Wolfe at a G-7 meeting in Canada.

“It’s very interesting, they caught a leaker in a very important — it could be a very important leaker, so it’s very interesting,” he said. “It could be a terrific thing. I know, I believe strongly in freedom of the press. I’m a big, big believer in freedom of the press. But I’m also a believer in classified information. It has to remain classified. That includes Comey and his band of thieves who leaked classified information all over the place.”

According to USA Today, Wolfe pleaded guilty to lying to the FBI as part of a plea agreement that eliminated two additional counts. Wolfe’s affair with New York Times reporter Ali Watkins has been well-documented.

The feds honed in on Wolfe after one of Watkins’s articles about former Trump campaign advisor Carter Page being in contact with Russian intelligence in 2013.

The U.S. Department of Justice said that Wolfe, “[b]y his guilty plea […] admitted making false statements to the FBI concerning whether he had provided unclassified, but not otherwise publicly-available, information to reporters.”

Wolfe’s legal team pointed out that he “was never charged with having compromised classified information” and said their client has “accepted responsibility for his actions and has chosen to resolve this matter now so that he and his family can move forward with their lives.”

“We will have much more to say about the facts and Jim’s distinguished record of nearly three decades of dedicated service to the Senate and the intelligence community at his sentencing hearing,” they added.