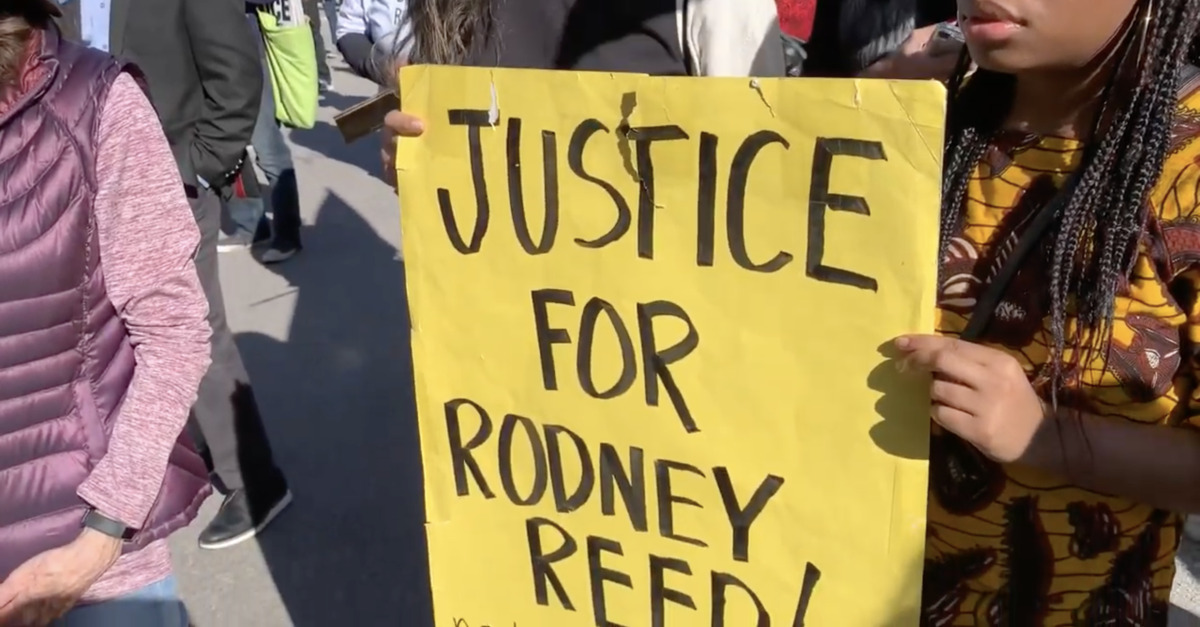 A federal court of appeals turned down a request by death row inmate Rodney Reed in a late Thursday ruling that could prove fatal to a years-long efforts to clear his name and overturn his conviction.

In a first-ever attempt to address the issue, a trio of judges appointed by Ronald Reagan, George W. Bush and Barack Obama struck a significant blow against efforts to DNA test murder weapons.

The three-judge panel of the U.S. Court of Appeals for the Fifth Circuit ruled that an August 2019 lawsuit filed against Bastrop County District Attorney Bryan Goertz must be dismissed “because Reed’s claim is barred by the statute of limitations.”

The high-profile inmate sued Goertz under 42 U.S.C. §1983, a Civil Rights claim, based on the idea that prosecutors had violated his First, Fourth, Fifth, and Eighth Amendment rights by refusing to conduct DNA testing on belt used to strangle and kill 19-year-old Stacey Stites.

The DA’s office has long opposed efforts by Reed and his attorneys to test the belt and other crime scene evidence for DNA–arguing that the results of such testing are not particularly trustworthy.

Specifically, Reed is challenging the applicability of Texas’s post-conviction DNA statute, Chapter 64, as it was applied to him by Lone Star State courts on appeal. The appeal directly calls into question Goertz’s decision to forego a regime of DNA testing on multiple pieces of evidence that could be potentially exculpatory.

“In state court, Reed asserted that he was entitled to post-conviction DNA testing of certain evidence,” the nine-page opinion explains. “The Court of Criminal Appeals rejected Reed’s request for post-conviction DNA testing. In these proceedings, Reed challenges ‘the constitutionality of [Chapter] 64 both on its face and as interpreted, construed, and applied’ by the state court.”

The court decided the issue here after crafting a question that produced a result unfavorable to Reed.

“The question in this case is when Reed had sufficient information to know of his alleged injury,” Elrod wrote.

Here’s how the three-judge panel came down:

Reed alleges that he was denied access to the physical evidence that he wished to test. An injury accrues when a plaintiff first becomes aware, or should have become aware, that his right has been violated. Here, Reed first became aware that his right to access that evidence was allegedly being violated when the trial court denied his Chapter 64 motion in November 2014. Reed had the necessary information to know that his rights were allegedly being violated as soon as the trial court denied his motion for post-conviction relief.

Reed, on the other hand, argued that the statute of limitations only began to run when the Texas Court of Criminal Appeals denied his motion for reconsideration. Notably, the district court agreed with the defense’s understanding of this discrete issue–though they denied him relief on other grounds. Goertz argued for a statute of limitations defense and the appellate court took his argument to heart.

“Reed could have brought his claim the moment the trial court denied his Chapter 64 motion because there was a ‘complete and present cause of action’ at that time [in 2014],” Elrod writes. ” Because Reed knew or should have known of his alleged injury in November 2014, five years before he brought his § 1983 claim, his claim is time-barred.”

The defendant still has at least one extant avenue for potential salvation left: a case in the Texas court system based on a habeas corpus petition is currently ongoing. In that filing, Reed’s defense is still proceeding at the trial court level–and is the reason he’s still alive.

Based on that in-progress case, the Texas Court of Criminal Appeals paused Reed’s scheduled execution five days before he was slated to be killed by the state in 2019. In January of this year, Visiting Judge Doug Shaver set a tentative Aug. 31 deadline for the trial court’s investigation.