Ex-Hooters Waitress Says She Was Treated Worse Than White Co-Workers, Fired for Being Pregnant 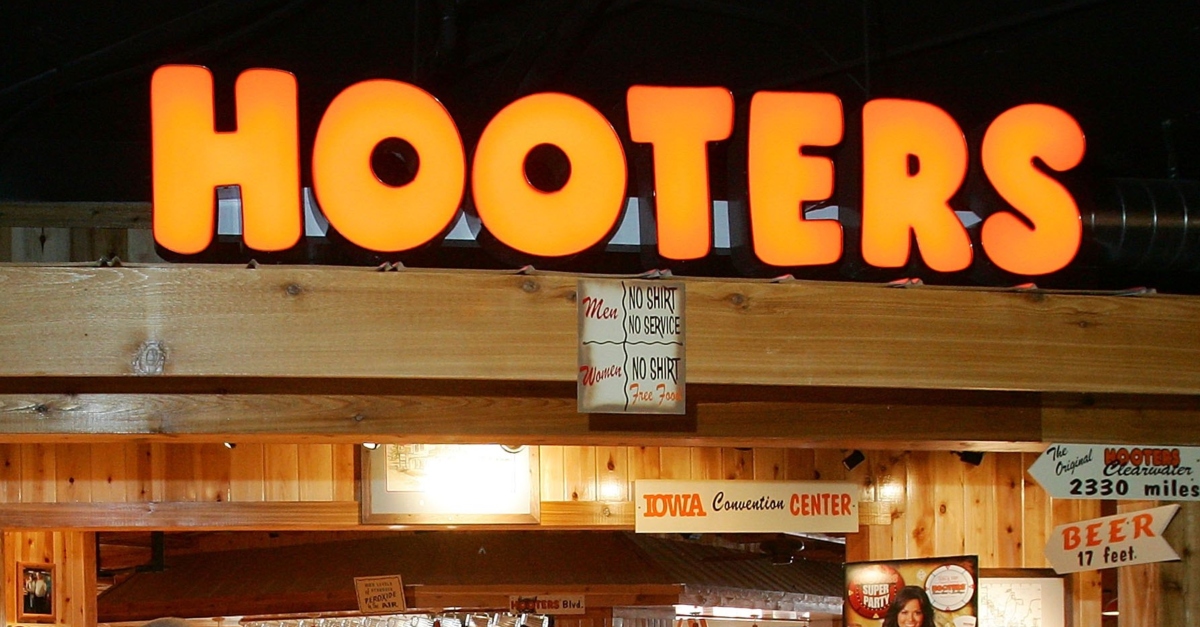 A former Hooters waitress in Farmingdale, New York claims management at the restaurant discriminated against her because she was Hispanic and fired her after she revealed that she was pregnant. Joselyn Izurieta Ulloa, 25, lawyered up, and filed a formal complaint with the state Division of Human Rights on Friday.

According to the complaint obtained by Law&Crime, Ulloa said she joined the company in October 2017 and was good at her job: She worked hard, got along with customers, and was liked by her colleagues. (We are not linking to or embedding the complaint in this story because it names former co-workers.)

Ulloa said she started to notice problems as time went on. She claimed that management often staffed golf events with just her white colleagues.

According to her, the general manager said it was because those customers were  “old white males with money that are attracted to only open-minded white girls, and I need to keep business running.”

There were other racist incidents, she claimed. Ulloa said that the general manager threatened to fire her if she ever drank for free. At least two non-Hispanic co-workers–a bartender, and a 20-year-old waitress–were allowed drinks at the bar without having to pay, however. Ulloa argues that another white bartender, who was 19, was allowed to come into work intoxicated to attract “old white males with money.”

Long story short, Ulloa claimed that there was a long-standing preference for Caucasian colleagues, and that she was expected as an employee to have relationships with customers. For example, management discussed firing a certain co-worker for being on the phone a lot and not working, she said. According to Ulloa, the general manager opposed this, saying that she is “white, has blonde hair and blue eyes. She attracts the customers.” This colleague allegedly had a sexual relationship with him.

The breaking point came after Feb. 1, Ulloa said. She told a supervisor she was pregnant.

“Oh great, so now there are three pregnant girls in Hooters,” this person allegedly said. “We are going to look like a circus.”

Ulloa alleges that the company made up a “bad report” from a customer. She was told second-hand that someone complained about her serving cold food and warm beer.

Some white co-workers, she said, kept on working although they faced allegations of disciplinary problems. The complaint named two white co-workers who no-showed work on Super Bowl Sunday even though they were told they had to work or get fired. They kept their jobs anyway, Ulloa said.

“As stated in the verified pleadings, my client refused to provide sexual favors for continued employment and was terminated right after she disclosed her pregnancy,” her lawyer David H. Rosenberg said in a statement provided to Law&Crime. “Pregnant women in the workplace deserve better.”

Hooters did not immediately respond to a Law&Crime request for comment.