EXCLUSIVE: Former GOP Senator Accused of Lying to Cops to Put His Wife in a Psych Ward 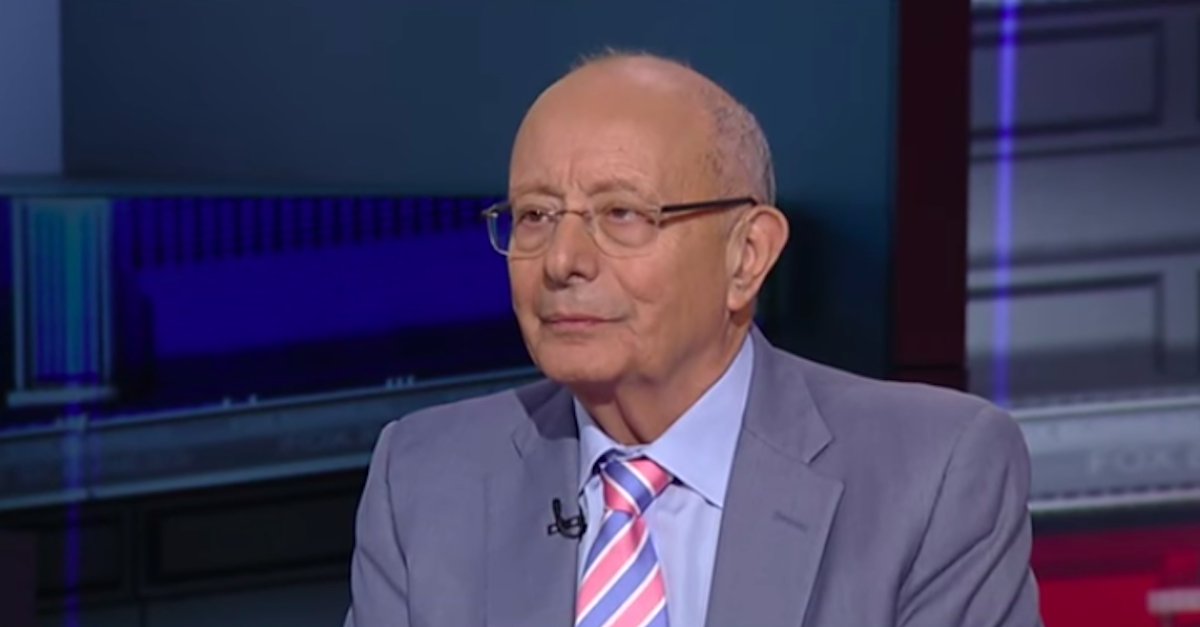 Former Senator Alfonse D’Amato (R-N.Y.) and his wife Katuria D’Amato have been going through a heated divorce proceeding, and now she’s suing him in federal court. The suit contains serious allegations.

In a complaint filed on Monday, Mrs. D’Amato alleges that her estranged husband once had her hospitalized, falsely telling police and a judge that she had a history psychiatric issues. Soon after, she claims, he was granted custody of their children, and she was coerced into accepting an agreement to only have supervised visitation.

According to the complaint obtained by Law&Crime, which you can read in full below, it all started when Mrs. D’Amato called 911 on Sept. 30, 2017, when she was afraid of a possible home intruder. The complaints says that when police arrived, Mr. D’Amato–who was staying in a downstairs bedroom–allegedly told them that Mrs. D’Amato was “crazy,” that she had “a prior psychiatric history, that she takes Lithium for a bi-polar disorder,” and that she “believed that ‘green lasers’ are being shot into the home.”

Mrs. D’Amato claims that these were false statements that led to her being kept South Nassau Communities Hospital in Long Island against her will from Sept. 30 until Oct. 2. The next day, the lawsuit says, she brought a divorce action. Soon after, Mr. D’Amato applied for protective orders that a judge signed, awarding him temporary custody of their children.

On Oct. 11, 2017, Mrs. D’Amato went to court, where the judge said he wasn’t changing that order, and that she had to agree to supervised visitation three times a week if she wanted to continue seeing her children, the complaint says.

Officer Vincent Adamo, who responded to the 911 call on Sept. 30, 2017, testified about what happened that night as part of the custody case.

“She was making claims there were people in the home … pointing green lasers,” he said in Nassau County Supreme Court later in 2017, according to the New York Post. “No one else was seeing these lasers.”

Adamo, who is also named as a defendant in Mrs. D’Amato’s lawsuit, reportedly disputed one part of Mr. D’Amato’s story. While Mr. D’Amato reportedly said that his wife was holding a loaded shotgun, Adamo said that the only shotgun that he found–which he allegedly confiscated from the home–was being stored under a lock and cable.

Mrs. D’Amato’s lawsuit makes many claims, including false imprisonment, defamation over statements related to the above allegations, and a claim under the Racketeer Influenced and Corrupt Organizations Act (RICO), alleging that her husband worked in concert with his attorneys to make false representations to the court regarding the custody issue. Katuria D’Amato is also suing the hospital and its staff, claiming they did not properly treat or diagnose her, which led to her being kept improperly.

The plaintiff also names the police, the judge in her divorce case, and other officials as defendants.

Law&Crime reached out to Al D’Amato’s attorneys, who are also named as defendants, but they have yet to respond.

DAmato Complaint.pdf by on Scribd