‘Errand Boy’: George Papadopoulos Gets into Spat with National Security Lawyers After Calling Out Comey 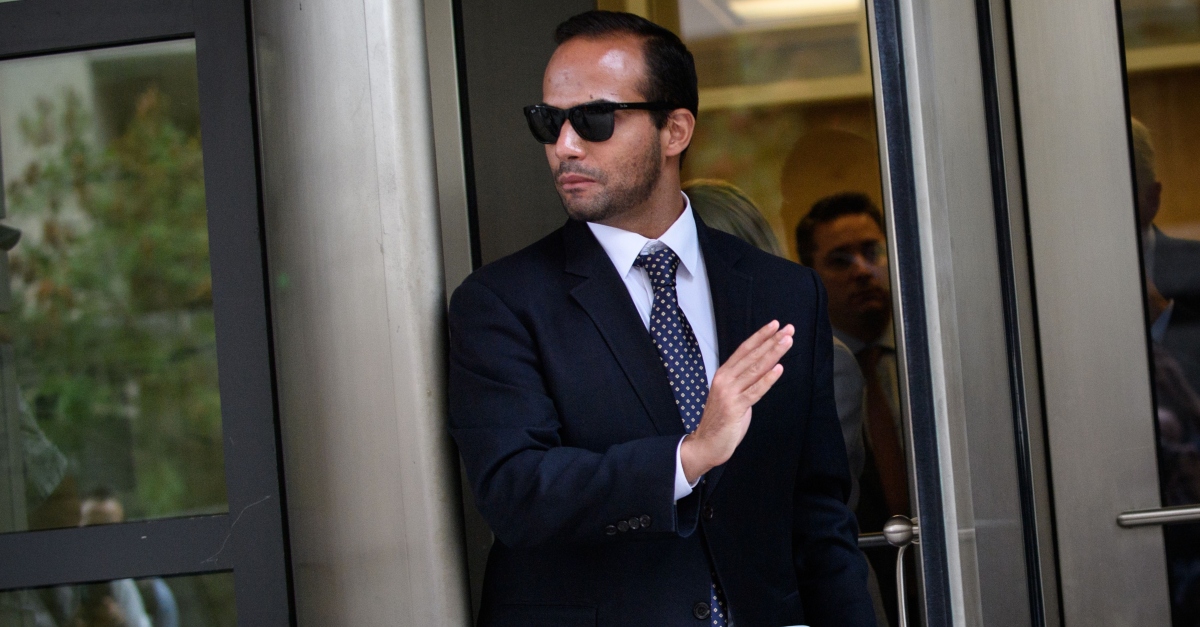 On Saturday, former Trump campaign adviser George Papadopoulos got into a spat with two national security lawyers. It all started, as many things do, with James Comey.

The former FBI director didn’t want to to privately testify before Congress because of concerns of “selective leaking and distortion.” Papadopoulos, who is scheduled to begin a 14-day prison sentence on Monday after pleading guilty to lying to the FBI, criticized the statement.

As someone who has testified to Congress behind closed doors, the notion that people strategically leak from these committees is nonsense. They are professionals. I had a 7 hour session where I testified about incredibly sensitive issues. Not ONE leak. No excuse, Comey.

Then national security lawyer Bradley P. Moss came in for this bit of drive-by tweeting.

Dear lord you are exactly as naive and foolish as your prior lawyers told the court … https://t.co/WkUkBFHOP0

“Are you the errand boy who is supposed to be filing FOIAs?” wrote Papadopoulos in response. “Continue.”

Yea, aren’t you supposed to be filing #FOIAs! 🤣

“The errand boys do that, Mark,” Papadopoulos said. “Like yourself and Brad. Two insignificant lawyers with no insight whatsoever into the biggest political case in modern history. But you do you and keep chirping on MSNBC. We do need those foias filed though. Thanks, guys.”

“Wow, serious heat George. Ouch,” he wrote. “Fortunately those clients I’ve rep’d before the Special Counsel have been witnesses rather than criminals. Enjoy Monday!”