How Many Delegates Did Donald Trump Win? | Law & Crime

Donald Trump May Have Won More Delegates Than You Think

How many delegates has Donald Trump secured so far? It’s a crucial question, and one that matters especially because many experts are saying the Republican primary could be headed towards a close call or even a brokered convention. Trump needs 1,237 delegates to secure the nomination (of course, even then, there are ways that the GOP can change the convention rules to strip him of the nod). So how many does Trump have so far?  The answer depends on who you ask. Seriously. Take a look at the sampling of screengrabs that we took from various major media outlets: 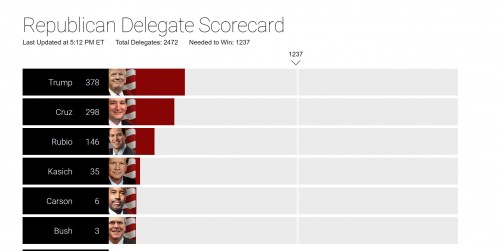 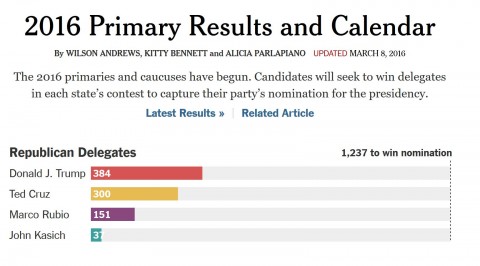 And here is CNN: 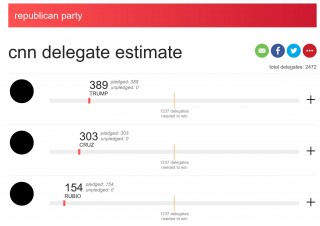 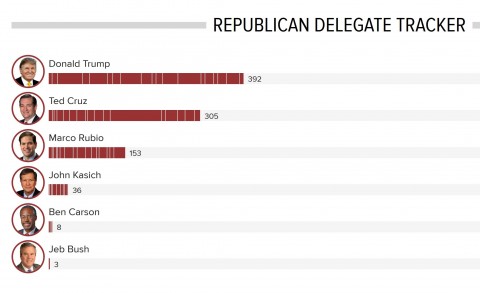 Yes, CBS, CNN, NBC and The New York Times all have different counts. Somewhere between 378 and 392. That’s a big difference. Donald Trump is most likely going with NBC’s count (392) if I were to guess. So which one is right? Smart Politics did a great breakdown of this. I checked in with University of Georgia Republican primary expert Josh Putnam, who literally spends all day and night researching this topic, and he agrees with CNN’s count.

“I think (some media outlets) haven’t made some calls in some Congressional districts… some of them have to do with rounding differences,” Putnam said. Of course, this matters especially if the race comes down to a small number of delegates.

“[S]tates where there is disagreement among the various delegate trackers partially boils down to the results on the congressional district level. But there are some tricky rounding and other rules that are likely the culprits for the differences,” Putnam wrote on his blog. It’s a must read if you are into tracking how the process works. In fact, at one point he even calls out CBS for their counting.

“(In Nevada) CBS is wrong on this one. It looks as if they are treating Nevada as a state with a qualifying threshold that it does not have. Nobody under 20% was allocated any delegates by CBS. That includes Ben Carson, who won two delegates also,” Putnam wrote.  We will continue to monitor the delegate count here on LawNewz.com.