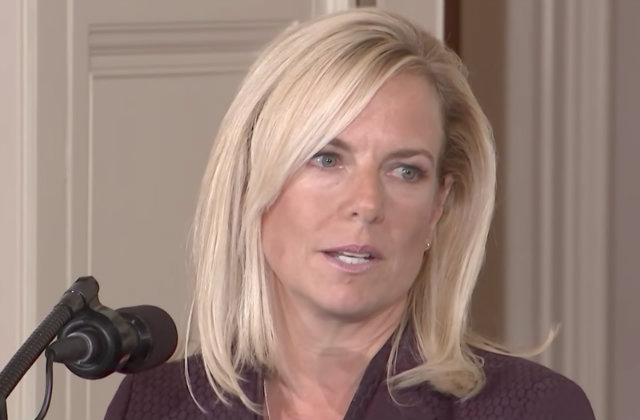 On Monday, a legal group called for an investigation into whether Department of Homeland Security nominee broke a White House gifts law by accepting help from an inappropriate source. In their letter issued Monday, the Campaign Legal Center said principal deputy White House Chief of Staff Kirstjen Nielsen might have stepped over the line through a reported connection to Thad Bingel, a consultant who works with DHS contractors.

They referenced a Nov. 6 Cyberscoop report that said Bingel got government staffs to prepare memos for Nielsen, and coordinate Senate paperwork on her behalf.  He reportedly did this without compensation. That sort of work is quite typical in nominees. The problem is that Bingel reportedly works for contractors who work for DHS.

The CLC suggested this could violate the Antideficiency Act if Nielsen got his help on behalf of the White House.

“The consultant has clear financial incentive to assist in the nomination of an agency secretary who would have the power to steer government contracts in his direction,” said a statement by Larry Noble, senior director and general counsel at the CLC. “Government employees aren’t permitted to receive gifts or free services – especially from people with business before their department – because it calls the integrity of government decision-making into question. This unusual arrangement should be investigated because of the clear potential conflict of interest, and the danger that Nielsen can be compromised as DHS Secretary.”