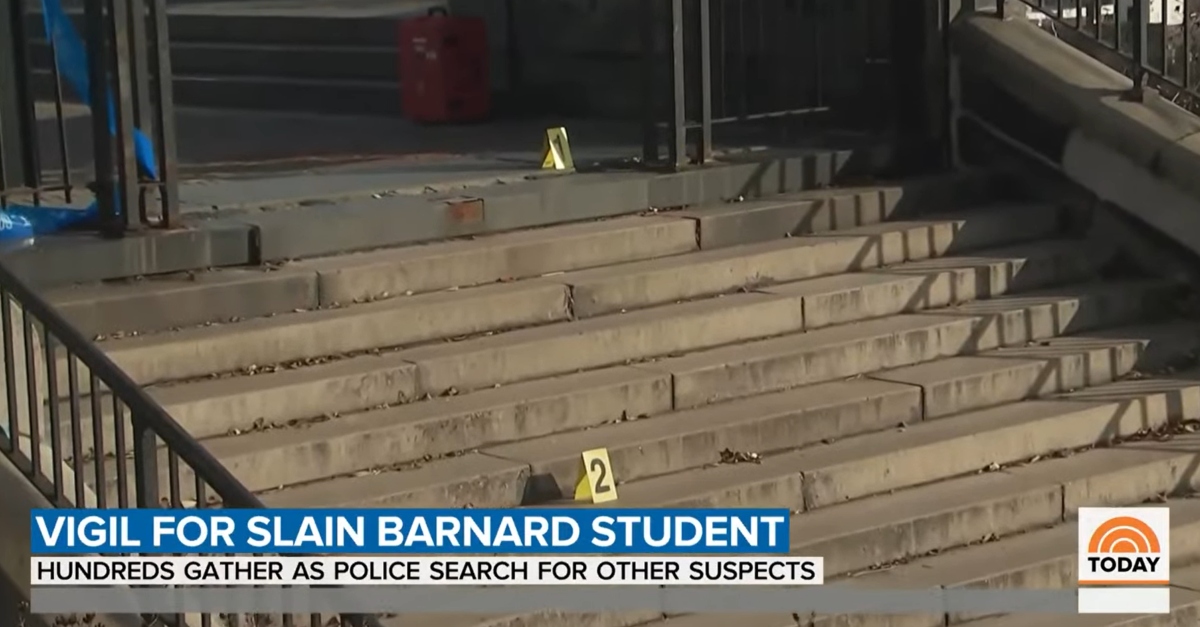 The teen reportedly suspected of murdering Barnard College student Tessa Majors has been found, and was later released, police say.

“We have located this individual,” Chief Rodney Harrison of the New York Police Department wrote. “Thank you to everyone who reached out with information. This is an active and ongoing investigation. If you have any information about this incident or any other crime in NYC call @NYPDTips at 800-577-TIPS.”

This comes after Harrison published pictures of the teen on Twitter, and requested help from the public in finding him.

NEW: Police in New York City located the second teenager suspected of being involved in the murder of Tessa Majors from #Charlottesville. A 13 year old is already charged. https://t.co/aPPoNuWWrz

Harrison soon said that the teen was released.

“Earlier today, we announced that we located the 3rd subject in the Tessa Majors Investigation. This was a significant development in the investigative process. After being taken into custody, his attorneys were present at the 26 precinct for the entire investigative process,” he wrote. “Although he has since been released to the custody of his attorneys, the investigation remains very active. Our detectives are the best at what they do and are committed to finding justice for all parties involved.”

The boy’s name has not been released. Cops have not announced charges against him. When officers released the pictures, law enforcement sources said the teen was believed to have actually committed the murder, according to The New York Daily News.

Twelve hundred people attended the private memorial service for 18-year-old college student Tessa Majors at her high school in Charlottesville, Virginia, on Saturday. A 13-year-old was arrested in connection to Majors’ death, but police are still looking for one other teenager. pic.twitter.com/imuHYKwOzJ

Police say that Majors, a freshman at Barnard College, was robbed and fatally stabbed by up to three people at Morningside Park on December 11. A 13-year-old suspect was charged with murder, though not as the actual person who killed the victim. That defendant’s aunt denied to the Daily News in a December 13 report that he could’ve been involved in this.