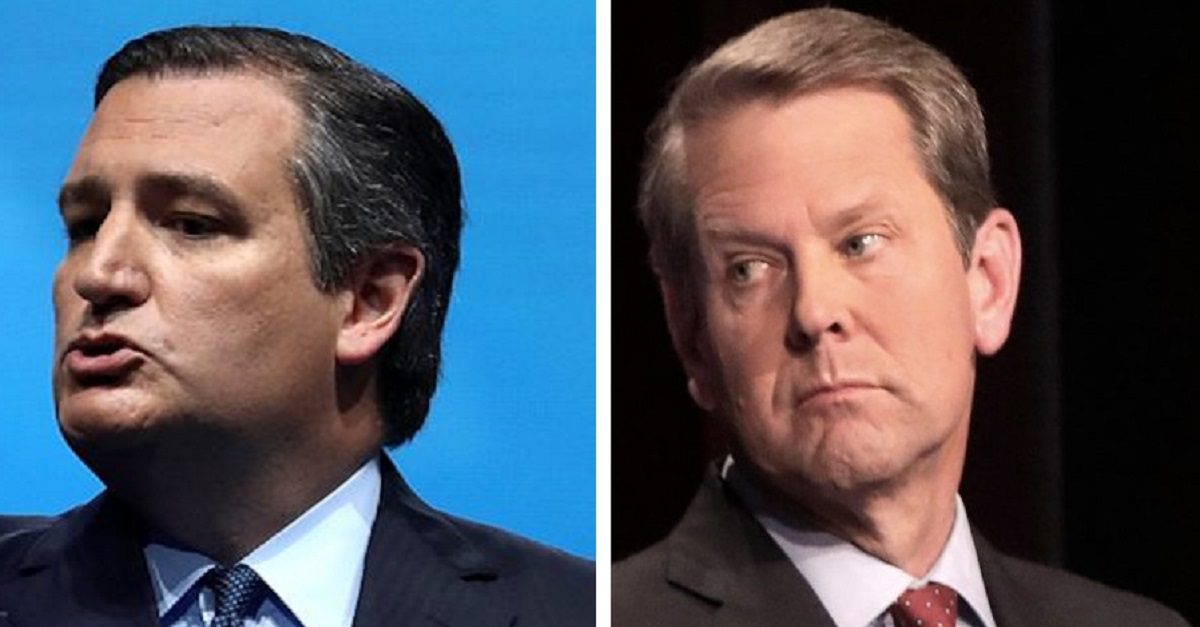 Early voters submitting ballots for hotly contested races in Texas and Georgia claim that their states’ paperless voting machines are changing their votes for Democratic candidates to Republican, or deleting them altogether.

According to Politico, individuals, as well as civil rights groups, have filed complaints alleging that glitches are resulting in votes for Republican Sen. Ted Cruz (R-Texas) instead of his Democratic challenger Beto O’Rourke. There have also been complaints that votes have gone to Georgia’s Republican candidate for governor, Brian Kemp, instead of his Democratic opponent Stacey Abrams.

Voting technology experts have said that this is not the result of foul play, but outdated, faulty systems that don’t even leave a paper trail of what happened. Kemp, who is currently the Georgia Secretary of State, has resisted past calls for the state to change voting systems. His state has used the same system since 2002. Texas only uses electronic machines in some counties, but there have been reports of ballots that were intended to be “straight ticket” votes for one party were changed to the other party.

Problems with electronic voting is nothing new, according to Marian Schneider, president of Verified Voting, an organization devoted to election integrity that is opposed to systems that don’t have an auditable paper trail.

“These voting equipment issues surface every election, ever since 2006 when these were widely deployed,” Schneider told Politico.

Texas Secretary of State Rolando Pablos blamed any problems on the voters themselves not being careful enough, instead of any technological error.

Kemp’s camp denies that there is any problem.

“They have no evidence and no witnesses,” Kemp press secretary Cody Hall told Politico. “Just fake outrage and members of the media who care more about headlines than facts.”

Update 11/5/18 6:08 p.m.:  According to a spokesperson for Pablos’ office the there have not been very many complaints about this in Texas, and those that did come in came from both parties.

“We have received less than 20 complaints statewide from voters who told us they experienced this issue, and it came from voters who tried to vote straight party (both democrats and republicans) and then began using the machine before the screen finished rendering,” the spokesperson said.

Update 11/6/18 9:07 a.m.: A representative from the Georgia Secretary of State’s office told Law&Crime in a statement:

This type of complaint is attributable to voters touching the wrong part of the voting unit’s screen. Voters from both parties have reported similar claims this election cycle, and neither side’s claims have been substantiated. We have not seen a higher volume of these reports than what we have seen in previous election cycles. Sworn law enforcement officers are investigating these reports. We review every single complaint that we receive, and we always encourage voters to contact us to report concern.