Comey was Before Congress to Indict Trump. Instead, He Might Have Indicted Himself. 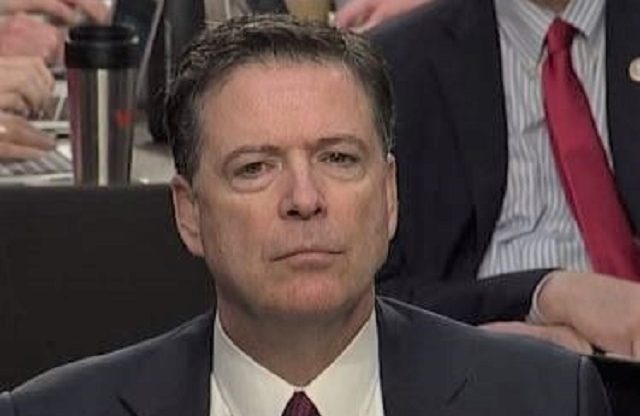 The key interlude occurred with the ubiquitous Kamala Harris, the same Senator Harris who failed the bar the first time she took the bar exam. Only a Kamala-Comey marriage could birth this debacle:

Harris: “So was there any kind of memorandum issued from the attorney general or the Department of Justice to the FBI, outlining the parameters of his recusal”?

In fact, Comey almost certainly knew the “parameters of the Attorney General’s recusal.”

It gets worse for Comey. Right before and right after the answer that triggered the DOJ’s extraordinary written statement (name me the last time the DOJ publicly identified their recent ex-FBI Director as having just lied to Congress?), Comey denied knowledge about the “extent” of Sessions’ recusal and denied knowing Sessions’ scope of recusal as to “if he reviewed any FBI or DOJ documents.”

Congress criminalizes lying to Congress under oath. The relevant statutes are 18 USC 1621 and 18 USC 1001. Section 1621 requires a person first, be making a statement under a sworn oath; second, that statement be “material” to the proceeding; third, the statement be false; and fourth, the statement be knowingly and willfully false. Section 1001 mirrors those elements, without the same tribunal prerequisites: it also requires the government prove a person willfully made a materially false statements. In either case, the primary focus is: first, a false statement; second, a false statement as material to the matter; third, the false statement be made knowingly and willfully. A statement is not false if it can be interpreted in a completely innocent manner. A statement is not material if it is not particularly relevant or pertain to the subject of the matter. Willfully remains a very high standard of proof in the criminal law, though less in perjury cases than in tax cases: it requires the person know they are lying.

Sadly, for Comey, Sessions has the smoking gun: Sessions’ own email sent and read by Comey, according to the Department of Justice statement, showing Comey in fact did know “the parameters of the Attorney General’s recusal” despite his repeated comments to the contrary to Senator Kamala Harris’ questions.

Dead. To. Rights. Maybe Comey will claim the Ruskies hacked his emails, and blame them instead?