Comey Testimony Could Rock Washington If It Happens 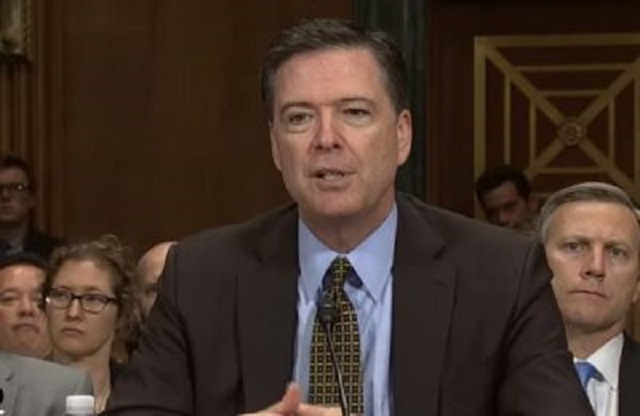 The Senate Select Committee on Intelligence is inviting former FBI Director James Comey to testify at both closed and open sessions, after President Donald Trump fired him in the midst of an investigation involving the Trump campaign, and in the wake of a report that Trump asked Comey to drop the investigation of former National Security Adviser Michael Flynn. It remains to be seen whether Comey will end up appearing before the committee, but if he does, eyes and ears will be glued to whatever he has to say.

According to Senator Lindsey Graham, Comey may not be able to testify now that there is a special counsel overseeing the investigation of Russian involvement in November’s election. “It seems any conversations between Comey and the president may be covered by the special counsel’s order, and we’ve got to be careful about interfering,” Graham said.

Graham said that the involvement of special counsel Robert Mueller could mean that less information would be permitted to be made public. He said Mueller was a good choice for the job, “But it’s going to really limit what Congress can do. It’s going to really limit what the public will know about this.” Graham, who sent the invitation to Comey, noted that he still has not received a response.

Even if Graham is wrong, and Comey can still testify before Congress, it’s important to remember that he doesn’t have to testify. At the moment, the request for him to testify is an invitation, not a subpoena. A subpoena would be a flat out demand that he appear, and if he didn’t, he could face legal consequences. Of course, as LawNewz.com discussed in a related story, that could be a timely process that may not end up going anywhere.

If Comey does choose to testify, it could be “one for the history books,” as CNN reporter Eric Lichtblau said.  Comey is said to have taken meticulous notes regarding any improper activity during his time at the FBI. If that’s the case, the New York Times report about Comey’s memo of the Trump conversation about Flynn could set off a fuse-like paper trail that detonates a bomb of evidence shaking the White House to its foundation.

Of course, that’s only if Comey’s notes provide evidence that the President committed an impeachable offense. If not, Comey could end up providing testimony that ultimately exonerates the man who fired him.

Either way, it would prove to be a pivotal moment for the Trump administration.