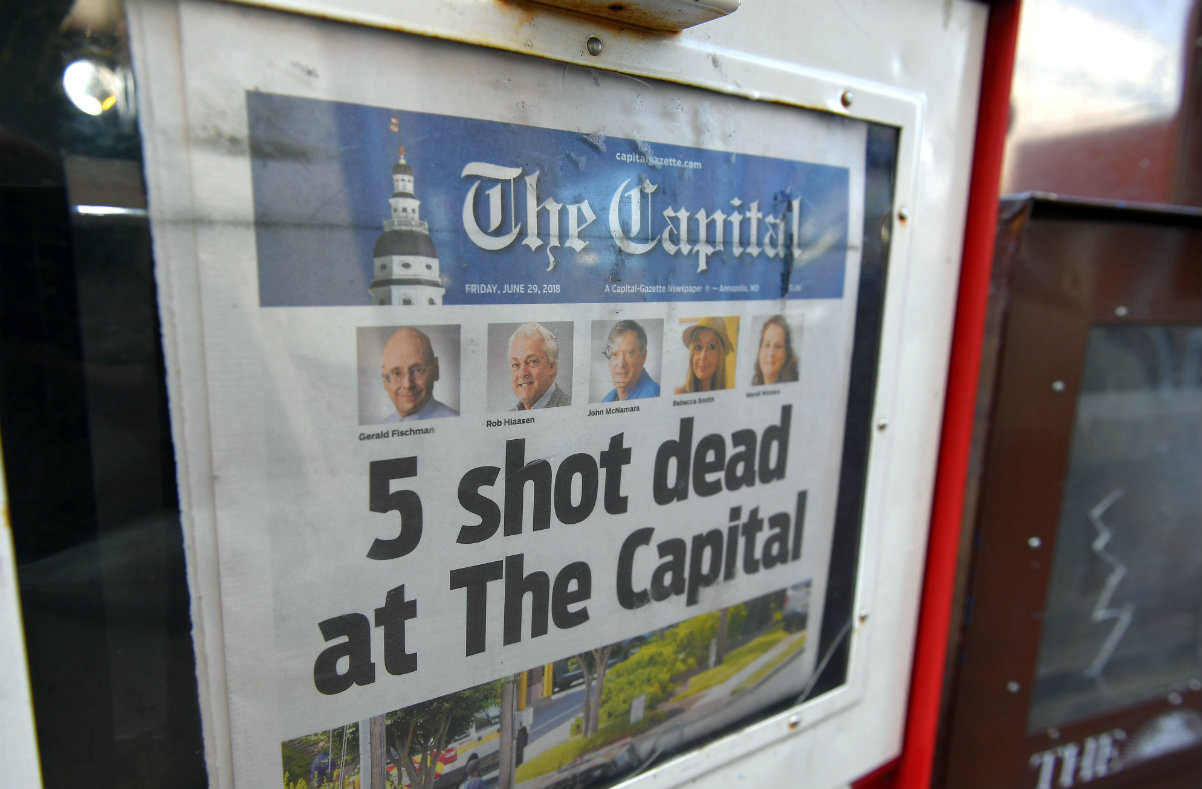 A survivor of the June 28 shooting at the Capital Gazette building said slain reporter Wendi Winters rushed the gunman, and saved colleagues’ lives.

“She may have distracted him enough that he forgot about me because I definitely stood up and was looking at the door,” sales consultant Janel Cooley told The Capital Gazette. “I’m sure he wasn’t expecting … anyone to charge him.”

Cooley said she saw Winters charge the gunman with a trash can and recycling bin, shouting either “No! You stop that!” or “You get out of here!” as if she were yelling at a dog.

Gillespie heard Winters yell a defiant “No!” he said. David, Pacella and Messenger said they didn’t witness her rush the gunman, but did see her body in the newsroom walkway away from her seat.

Winters’ family held a memorial service for her on Saturday. Almost 900 people attended, according to The Washington Post.