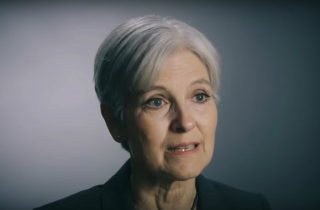 In his order, Judge Diamond shredded Stein’s reasons for why a recount is necessary, saying that her request was “later than last minute,” and that her suspicion that the election in Pennsylvania was hacked “borders on the irrational.” The judge ruled that Stein did not provide any evidence of hacking, only “spectral fears that machines were hacked or votes miscounted.” Not only that, because Stein received less than one percent of the votes, she couldn’t possibly benefit personally from a recount, so the judge said she doesn’t not even have standing to bring her claim.

In addition, Judge Diamond said that he did not even have jurisdiction over Stein’s case to begin with, because it amounted to a request to “‘overrule’ the Commonwealth Court’s effective refusal to order a recount.” Stein filed her federal case after the Pennsylvania Commonwealth Court ordered her supporters to post a $1,000,000 bond, which was too expensive for them to continue. Deeming the bond an “adverse state court decision,” Judge Diamond said it was inappropriate for federal court to get involved.

Stein’s efforts for a recount in Michigan were denied last week when the state’s Supreme Court denied her appeal, leaving only a Wisconsin recount currently underway.

Pennsylvania Order by LawNewz on Scribd