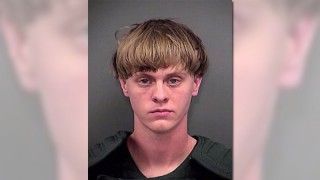 The U.S. Department of Justice announced Tuesday afternoon that they plan to seek the the death penalty for Dylann Roof. Roof is accused of interrupting a Bible study at a South Carolina Church and opening fire, killing 9 people.

“Following the department’s rigorous review process to thoroughly consider all relevant factual and legal issues, I have determined that the Justice Department will seek the death penalty.  The nature of the alleged crime and the resulting harm compelled this decision.”

The move is pretty rare. According to The Post and Courier, the U.S. Attorney’s Office has only authorized prosecutors to seek executions in about 500 cases over the last thirty year.

Just this October, President Obama questioned whether the death penalty remains a legitimate tool.”There are certain crimes that are so beyond the pale that I understand society’s need to express its outrage,” he said in the October interview. “So I have not traditionally been opposed to the death penalty in theory. But in practice it’s deeply troubling.”

Roof was indicted on 33 federal charges including for hate crimes. Officials say he wrote about white supremacy and planned to take his racist feelings to the “real world.”