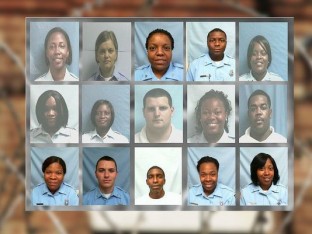 A massive investigation is underway in Georgia after more than 50 people, including Georgia state corrections officers, have been implicated in a corruption scandal at Jimmy Autry State Prison.

U.S. Attorney John Horn said the activity was initiated by prison inmates and expanded out from inside the prison. Horn spoke in a press conference on Thursday, saying,

“The indictments allege that inmates managed and directed a number of elaborate fraud schemes that victimized citizens from across the country from within the Georgia prison system using contraband cell phones.”

Horn attributed the extensive scandal to the prevalence of contraband cell phones in prisons. The inmates allegedly used the cell phones to identify potential fraud victims and impersonate officers in different scams. The inmates worked with co-conspirators on the outside to transfer money via wires, eventually pushing the money into the hands of the inmates.