Bowe Bergdahl Due in Court for Final Hearing Before Trial 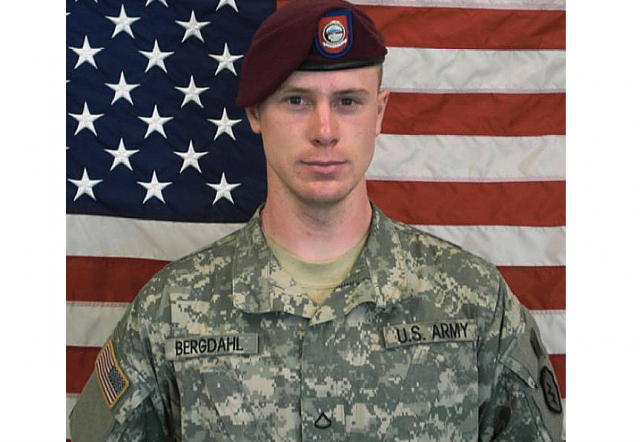 RALEIGH, N.C. (AP) — Army Sgt. Bowe Bergdahl was due in court Wednesday for his final pretrial hearing before he faces court-martial on charges that he endangered comrades by walking off his post in Afghanistan in 2009.

A military judge at Fort Bragg in North Carolina will hear arguments on several motions including a defense effort to get more information about discussions between a prosecutor and the Trump administration.

Lawyers are also expected to give the judge, Army Col. Jeffery R. Nance, updates on preparations for the Oct. 23 trial. Several previous trial dates were delayed by the exchange of classified evidence.

The pretrial hearing, which could extend into Thursday, is the last one scheduled before the trial.

Bergdahl faces charges of desertion and misbehavior before the enemy, the latter of which carries a maximum sentence of life in prison. Bergdahl has chosen trial by a judge alone, rather than a military jury.

In late August, the defense filed several motions including arguments that charges against Bergdahl are unfairly duplicative and that his enlistment was improperly extended by more than a decade so he could be prosecuted. The motions seek to dismiss some or all charges, but legal scholars have said defense attorneys face an uphill battle with them.

The defense is also seeking more information about a meeting between one of the prosecutors and the Trump administration. They asked the court for unredacted copies of emails related to the meeting as well as the ability to interview the prosecutor about it.

Defense lawyers previously argued that Bergdahl couldn’t get a fair trial because of negative comments President Donald Trump made on the campaign trail. But Nance rejected a defense request to dismiss the case over Trump’s criticism of Bergdahl.

The government has acknowledged that a prosecutor had discussions with a lawyer for the National Security Council about the defense efforts to derail the case over Trump’s comments. But they said the White House has given no instructions to prosecutors about how to conduct the case.

Prosecutors also argued that further information about the conversations is irrelevant to the case, especially since the judge has already rejected Trump-related arguments by the defense.

Bergdahl was captured by the Taliban shortly after he left his remote post in 2009. The soldier has said he intended to cause alarm and draw attention to what he saw as problems with his unit.

He was freed from captivity in 2014 in exchange for five Taliban prisoners. Former President Barack Obama was criticized by Republicans who claimed the trade jeopardized the nation’s security.

Bergdahl, who is from Hailey, Idaho, has been assigned to desk duty at a Texas Army base pending the outcome of his legal case.