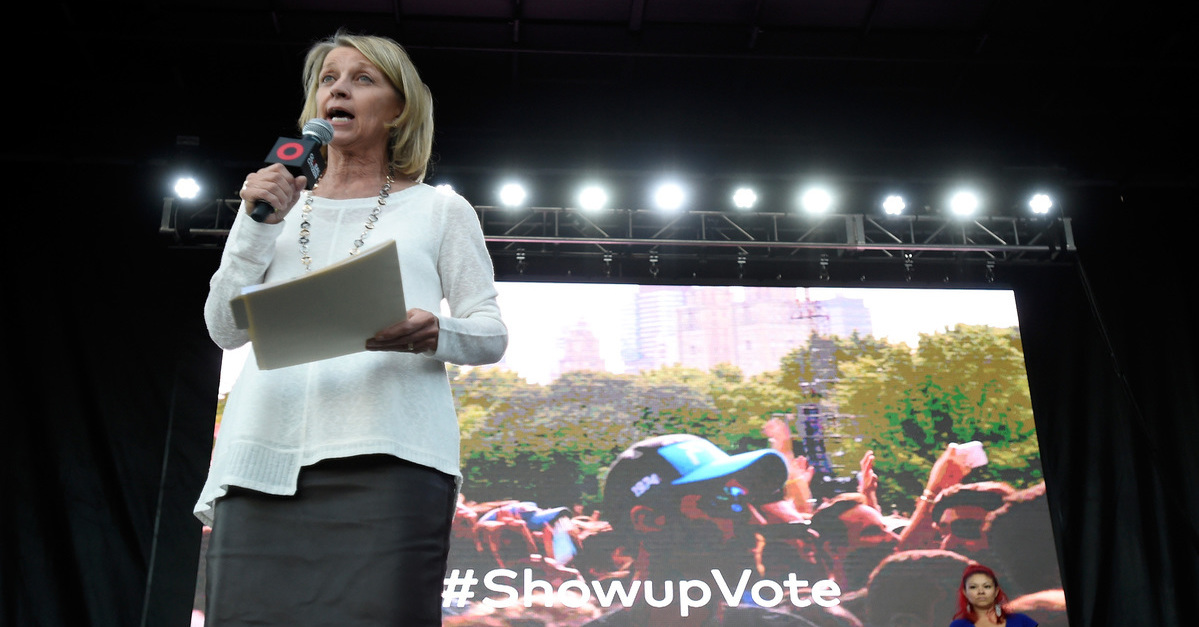 At least 90,000 voters were purged from Nevada’s voter rolls over the years 2016 and 2017, according to a list provided to media by the Nevada Secretary of State.

The Palast Investigative Fund announced the release of said list in a Monday press release. The group’s release notes:

Rather than face [our complaints] in federal court, Nevada’s Republican Secretary of State Barbara K. Cegavske on Thursday turned over the list of every Nevada voter whose registration Cegavske cancelled in 2016 and 2017. … [The fund] is releasing the names of the 90,000 residents of Las Vegas and Reno (Clark and Washoe counties) removed because of evidence they’ve moved.

According to the fund’s press release, the voters in question were removed from the Silver State’s voter rolls by way of a postcard removal scheme. Similar methods of removing voters from voter rolls have been enacted by several Republican secretaries of state across the country in recent years.

Postcard-style purges work in the following fashion–noted in a previous Law&Crime article about similarly alleged shenanigans in Alabama:

[The state sends] postcards to…voters. The [original] postcards were not forwardable–meaning if a voter moved, the postcard wouldn’t follow them to their new address. Postcards that came back as non-deliverable resulted in the state sending a forwardable postcard to the old address.

If the second card was not returned within [a certain time frame], then voters were moved to “inactive” status. As many voting rights advocates have pointed out, such revisions of voter rolls disproportionately impact poor and minority voters–who tend to move around more often than their white and wealthy counterparts.

The Monday press release claims, however, that many of the voters removed from Nevada’s rolls in this fashion actually hadn’t moved at all.

“Our experts, reviewing these lists, have found that the overwhelming majority of voters who have supposedly moved out of state or out of their home counties have, in fact, not moved an inch,” the press release notes. “most remain at their original registration address.”

According to the fund, lawyers for the voting rights group filed a 90-day notice that they intended to file a lawsuit “on grounds of Nevada’s violation of the National Voter Registration Act of 1993.” Apparently in response to this impending lawsuit, Cegavske recently released the list of purged voters for the past two years.

Despite receiving the list of purged voters, the fund is still threatening litigation over the alleged “withholding [of] critical information about Nevada’s participation in the Interstate Crosscheck program.”

The Interstate Voter Registration Crosscheck is a database which purports to compare voter data across state lines in an effort to identify individuals who are registered to vote in more than one state. This database has been heavily criticized by voting rights advocates for its apparent tendency to discriminate against black voters and for being wildly inaccurate. That is, it tends to result in numerous false positives–over 99 percent of the time–because it only relies upon two points of data: name and date of birth.

Law&Crime reached out to the Nevada Secretary of State’s office for comment and clarification on this story but no response was forthcoming at the time of publication.

The fund is headed by independent journalist and voting rights advocate Greg Palast–one of the first journalists who noticed the widespread purging of black voters from Florida’s voter rolls during the controversial 2000 election.