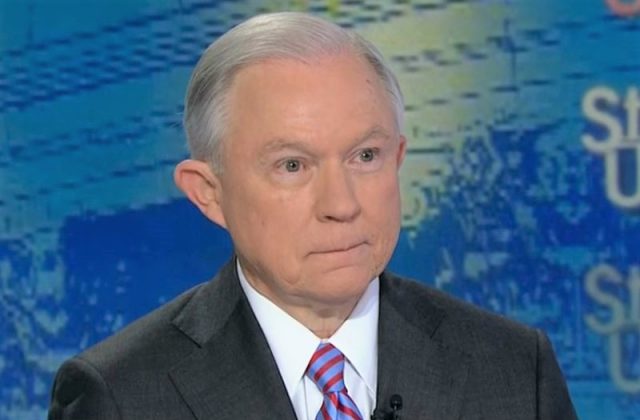 Attorney General Jeff Sessions has been the subject of perjury accusations in the media and by the public for statements that he made at his confirmation hearing that appear to be false. Sessions had said that he had not had contact with Russians during President Donald Trump‘s campaign, but then word got out that he had at least two meetings with the Russian ambassador during that time. While Sessions is not facing perjury charges at this time, the ACLU filed an ethics complaint with the state bar of Alabama (where Sessions is licensed as an attorney) for his allegedly false statements.

The complaint says that the Alabama Rules of Professional Conduct says that it is prohibited for an attorney to “engage in conduct involving dishonesty, fraud, deceit or misrepresentation.” The rules also say, “Lawyers holding public office assume legal responsibilities going beyond those of other citizens.” The complaint cites Sessions’ statements at his hearing, and requests for the state bar “to investigate this complaint and the statements made by Mr. Sessions to determine whether he violated the Alabama Rules of Professional Conduct.”

In a statement obtained by LawNewz.com, Christopher Anders, deputy director  of the ACLU’s legislative office, said, “Few events are more corrosive to a democracy than having the Attorney General make false statements under oath about a matter the Justice Department is investigating.”

Filing complaints with state bars has become a common tactic against members of the Trump administration. In February, an attorney filed a complaint against Reince Priebus with the Wisconsin bar over alleged “corrupt communications,” and a group of law professors filed a complaint with the D.C. bar against Kellyanne Conway with allegations of false statements to the media.