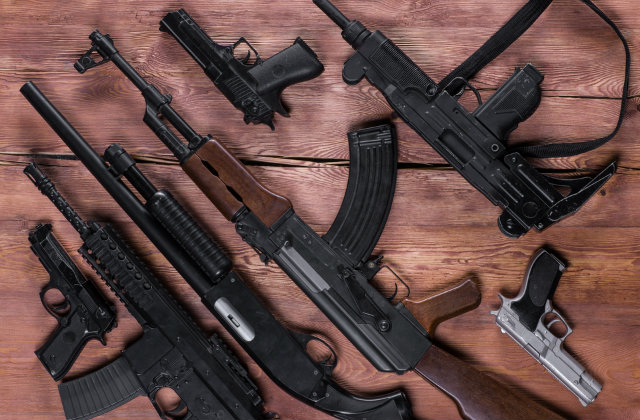 Q. The horrific shooting at a country music concert in Las Vegas on Oct. 1 renewed the unsettled national debate on gun control, including the legality of owning automatic weapons. What are the current state and federal laws governing restrictions on types of firearms a person can own, and what guidelines have the courts established in their review of cases?

Aside from the U.S. Constitution’s Second Amendment, for more than 80 years the National Firearms Act (NFA) has served as the foundation of federal law affecting ownership of guns. The federal statute, passed in 1934 and amended sparingly since then, is augmented by a mosaic of state and local laws that vary considerably and result in most of the more recent court challenges to gun restrictions.

The 27 words of the Second Amendment might, in today’s political climate, be the most debated amendment in the Bill of Rights. They say: “A well regulated Militia, being necessary to the security of a free State, the right of the people to keep and bear Arms, shall not be infringed.”

The National Firearms Act, which imposed a $200 tax on the manufacture, sale or transfer of specific firearms, represents the first federal regulation on the sale or transfer of guns. The act had the added incentive to curtail the use of weapons popular in gangland-style shootings, such as the St. Valentine’s Day Massacre in Chicago in 1929 when four of Al Capone’s henchmen, dressed as policemen, murdered seven members of rival Bugs Moran’s gang. Firearms subject to the 1934 act included shotguns and rifles with barrels less than 18 inches in length, certain firearms described as “any other weapons,” machine guns and firearm mufflers and silencers.

As outlined by the federal Bureau of Alcohol, Tobacco and Firearms, the law also required the registration of all NFA firearms with the Treasury Department, which supplied state authorities with the names of previously unregistered gun owners. State authorities could then use the information to prosecute individuals whose possession violated state laws. But in 1968, the U.S. Supreme Court ruled in a 7-1 decision that the law violated an individual’s right against self-incrimination. The ruling essentially negated the 1934 act. Later that year, Congress passed the Gun Control Act of 1968, which made a constitutional fix that later passed Supreme Court muster and also amended NFA definitions of “firearm” by adding “destructive devices” and expanding the definition of “machine gun.”

In 1986, Congress amended the NFA definition of “silencer” by expanding the 1934 prohibition to include any part intended for use in the assembly or fabrication of a silencer. The act also amended the 1968 law to prohibit the transfer or possession of machine guns, with certain exceptions that included those lawfully possessed before the effective date of the prohibition — May 19, 1986.

That limited ban continues today. However, the Las Vegas gunman, according to news reports, utilized bump stocks to increase the rapid-fire capacity of legal semi-automatic weapons. The device, an accessory that is legal and advertised for less than $100, allows the body of a rifle to slide a short distance back and forth, harnessing the recoil energy of each shot. The shooter does not then move the trigger finger; instead, the weapon bounces, or “bumps,” rapidly between shoulder and finger, mimicking the firing speed of an automatic weapon.

“Undoubtedly some think that the Second Amendment is outmoded in a society where our standing army is the pride of our Nation, where well-trained police forces provide personal security and where gun violence is a serious problem,” Scalia wrote. “That is perhaps debatable, but what is not debatable is that it is not the role of this Court to pronounce the Second Amendment extinct.”

Nine years later, the high court declined to hear a challenge to a California law that places strict limits on carrying guns in public. “As is their custom, the justices gave no reasons for deciding not to hear the case,” The New York Times wrote. “The court has turned away numerous Second Amendment cases in recent years, to the frustration of gun-rights groups and some conservative justices.”