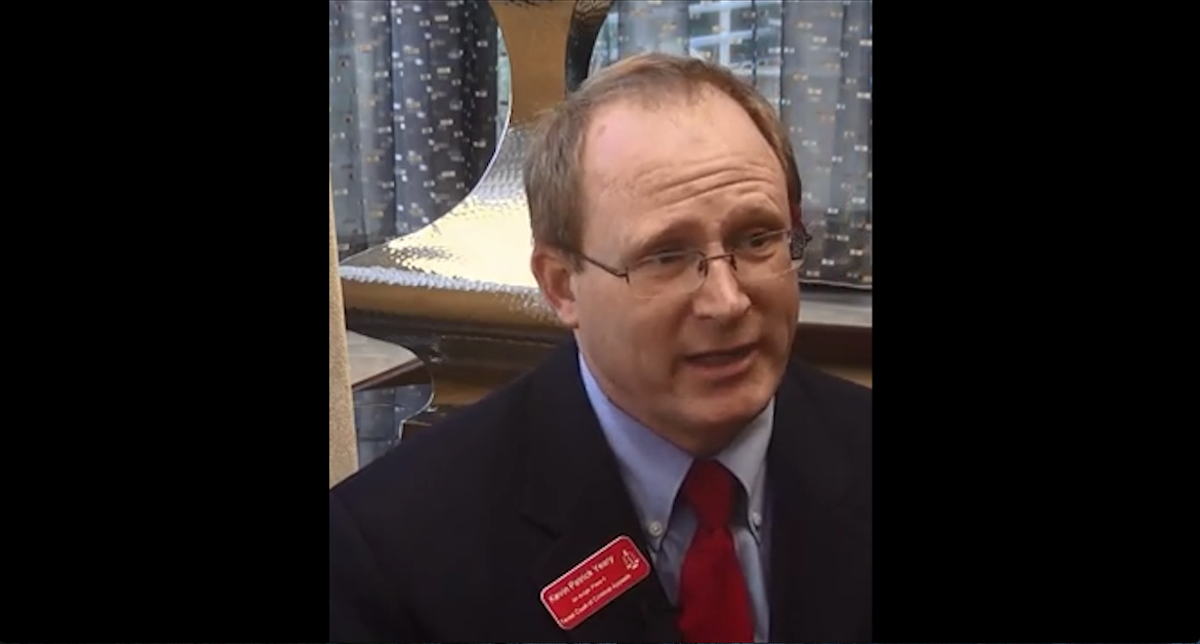 A lawsuit filed in Texas late last week accuses a Republican judge of violating the First Amendment by unlawfully firing his secretary over her political views.

Assuming the allegations in the lawsuit are correct, the First Amendment would be implicated here because a judge would be considered a state actor subject to the confines of free speech jurisprudence.

Olga Zuniga worked as an executive assistant on the Texas Court of Criminal Appeals for 14 years before she was fired by her immediate boss Judge Kevin Patrick Yeary. According to her lawsuit, Zuniga consistently received “strong, positive feedback about her performance.”

Such positive feedback apparently ended sometime around or during the 2016 presidential election.

At that point, Zuniga claims, Yeary began to comb through her social media profiles and expressed his disapproval “about some of her posts regarding political issues and his disagreement with her political views.” Those posts were made on her personal accounts and, Zuniga claims, during her own personal time. That is, not while she was acting in her official capacity as a secretary for the court.

According to the lawsuit, “On or about November 9, 2016, the day after the 2016 election in which Donald Trump was elected president, Yeary called Ms. Zuniga into his office and “counseled” her about her Facebook posts…In 2017, Yeary searched for and reviewed Ms. Zuniga’s Facebook page on several occasions and expressed his disapproval to Ms. Zuniga about some of her posts regarding political issues and his disagreement with her political views.

On or about September 23, 2017, Defendant Yeary searched Ms. Zuniga’s Facebook page and found posts on political topics by Ms. Zuniga that he disapproved of, including posts about Governor Abbott cutting criminal justice funding to Travis County because of its jail policy relating to immigration, Lt. Governor Dan Patrick’s statements concerning “sanctuary cities,” and President Trump.

Less than one month later, Zuniga was fired by Yeary. On October 11, 2017, after 14 years of apparently trouble-free employment with the court, Zuniga was terminated. Yeary allegedly cited Zuniga’s Facebook posts as the motivating reason for her forced departure. The lawsuit claims, “In the meeting when he terminated Ms. Zuniga, Yeary specifically raised Ms. Zuniga’s political Facebook posts and expressed his disapproval of them.”

Zuniga’s lawsuit also notes that Yeary “falsely accused” Zuniga of timesheet infraction, for “not recording leave on her September time sheet when she allegedly left the office before 5:00 pm.” Zuniga denies that charge and claims it was entirely pretextual.

Her lawsuit further alleges that Yeary conspired with the Texas Court of Criminal appeals to deny her unemployment benefits by complaining about her Facebook posts to the Lone Star State’s unemployment authority. Again, the lawsuit:

Yeary wrote a statement to the Texas Workforce Commission in which he specifically stated that Ms. Zuniga’s Facebook postings were a reason for her termination. Yeary wrote that many of her Facebook posts “had a distinct political edge and which indicated what appeared to be clear political biases.”

The lawsuit also states that while Yeary accused Zuniga’s posts of using “vulgar” and/or “inappropriate” language, Yeary himself frequently used such language while at work and seemingly in Zuniga’s presence.

Zuniga is suing Yeary and the Texas Court of Criminal Appeals under a §1983 Civil Rights cause of action based on the alleged violation of her First Amendment rights to freedom of speech and the government’s infringement of said rights.

Law&Crime reached out to Yeary’s office for comment but no response was forthcoming at the time of publication.