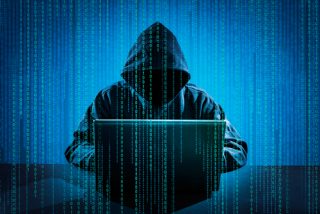 A federal lawsuit filed on Friday against the Central Intelligence Agency, the Office of the Director of National Intelligence, and The Department of Homeland Security demands that the agencies turn over files regarding alleged foreign interference in the 2016 election. It is also seeking information about how apparent secret information was leaked to advisers of Donald Trump about the investigation into Hillary Clinton‘s mishandling of classified information. The plaintiffs are also hoping to get further information about alleged criminal activity by the Clinton Foundation.

The Freedom of Information Act lawsuit was filed in the U.S. District Court for the District of Columbia by The James Madison Project, and Louise Mensch, founder of the conservative website Heat Street. The plaintiffs claim that the federal agencies have failed to respond to Freedom of Information Act requests seeking more information related to the alleged Russian interference into the 2016 presidential election, as well as any reports about the unauthorized leaks of U.S. Government information to non-U.S. Government individuals including Rudy Giuliani and Mike Flynn.

The lawsuit specifically cites a September 2016 report that nearly half of U.S. states had their voter registration targeted by foreign hackers, and at least four of those systems had been breached. The plaintiffs also point to the fact that former public officials, media pundits and journalists all reported that an indictment of Secretary and/or her aides was “imminent” or “certain.” FBI Director James Comey announced that he would not support bringing charges against the former of Secretary of State in July. However, the plaintiffs are trying to find out how these pundits received information that an indictment was “imminent” and whether the feds are investigating these apparent leaks.

The plaintiffs wrote that they have “a legal right under the FOIA to obtain the information it seeks, and there is no legal basis for the denial by the FBI” and other federal agencies. This lawsuit comes on the heels of recent sanctions imposed by President Obama for Russia’s interference into the election. A joint FBI and U.S. Department of Homeland Security report found that Russian civilian and military intelligence services have been involved in activity including “spearphishing campaigns targeting government organizations, critical infrastructure entities, think tanks, universities, political organizations, and corporations leading to the theft of information.”