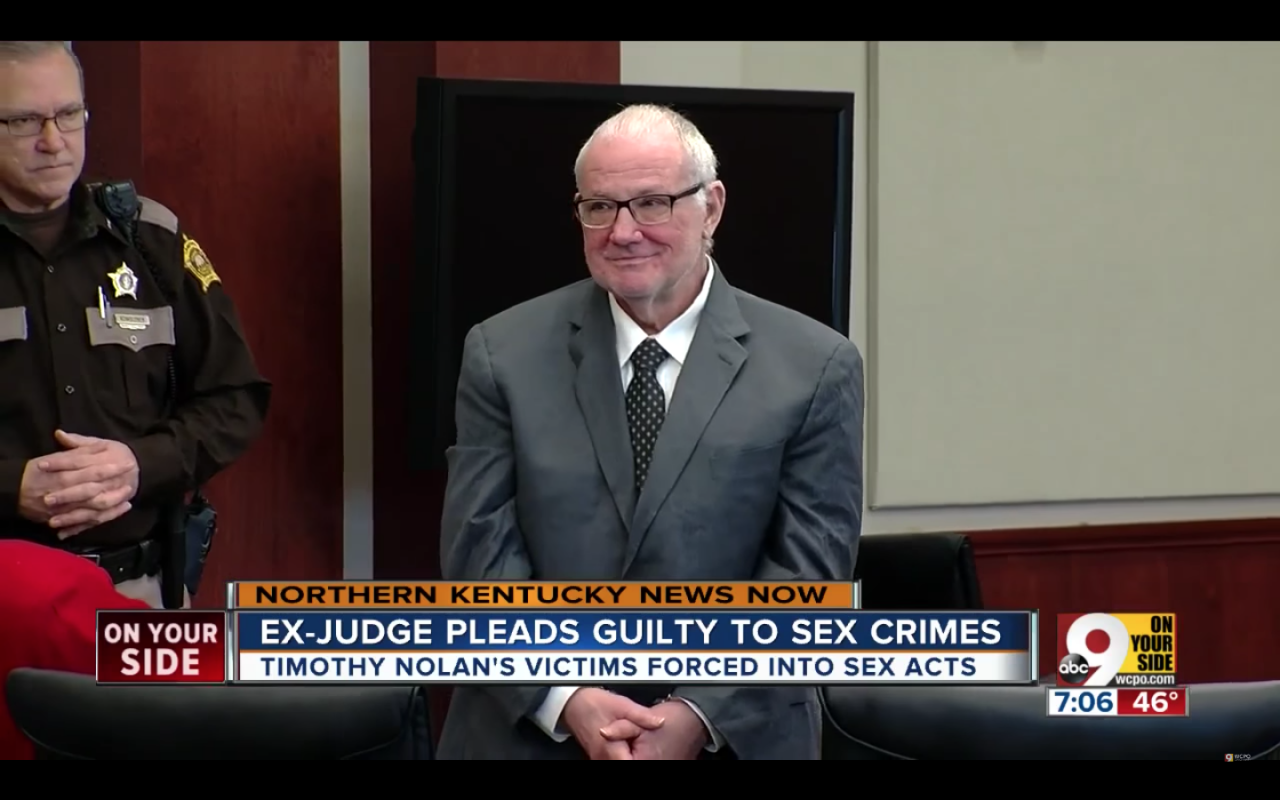 Tim Nolan, the campaign chair for Donald Trump’s 2016 presidential campaign in Campbell County, Kentucky now faces up to 20 years in prison on those various felony charges.

Court documents note that, on numerous occasions, Nolan forced women and children into commercial sex work “for months” and “sometimes years.” A victim’s statement against Nolan accused him of preying on poverty-stricken women and girls and making them his “sex slaves.”

A former judge, Nolan was arrested last April and later indicted on 28 felony counts as well as two misdemeanor charges. Per the terms of a plea agreement, Nolan copped to 21 of the 30 total charges against him and will receive lighter sentencing. In sum, Nolan’s admitted crimes affected at least 19 different victims dating back to 2004. Some of those victims were children under the age of consent.

Judge Kathleen Lape has not yet unsealed all of the documents in Nolan’s case, however, she did summarize some of the allegations against the former judge.

Notably, Nolan forced at least one woman to perform sexual acts on him in order to avoid being evicted. Additionally, Nolan threatened multiple other victims with arrest unless they had sex with him. And, he also exchanged heroin and painkillers for sex with others.

Nolan is a well-known political figure in Campbell County, Kentucky where he frequently opines upon hot-button political issues and controversies. He served as a district judge during the 1970s and 1980s. Nolan later joined the Tea Party movement and was elected to the Campbell County School Board in 2016 after spiritedly campaigning for Trump and serving as Trump’s campaign chair there.

Nolan’s attorney, Margo Grubbs, issued a statement redolent of Roy Moore’s defenders which asserted that what Nolan did would have been accepted by previous generations of Americans. She said,

He took full personal responsibility for these acts that in his potential day and generation would not necessarily be considered to rise to the level of human trafficking.

Grubbs’ interesting account of shifting American norms and mores should be considered in light of her client’s decision to enter some of his pleas as Alford pleas–meaning he accepts punishment for the crime because of the evidence against him but does not admit to the underlying criminality. Alford pleas can be appealed.

Nolan will be sentenced on March 29.