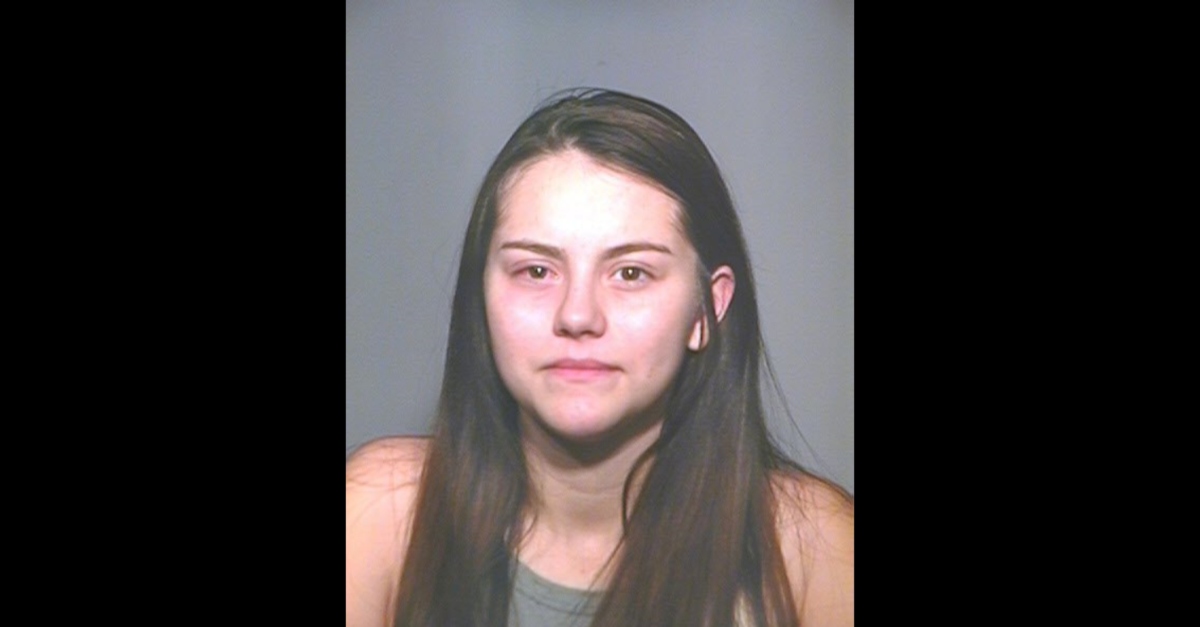 Jenna Folwell, 19, claimed that someone abducted her 4-week-old son, according to police in Chandler, Arizona. Cops say this was a lie and arrested her for the boy’s murder.

The investigation started Wednesday afternoon, according to a news release from the Chandler Police Department. Folwell called 911 and claimed her son was kidnapped, police said. She allegedly said that an unknown suspect put a bag over her head, and she was unable to describe the person. Officers said they went door to door, looked through surveillance cameras, and canvased the area in order to find the child.

Then they arrived at the mother’s home. According to the news release, officers found her door unlocked, entered, searched the residence, and discovered the boy. He was dead.

Cops arrested her on suspicion of first-degree premeditated murder. A Maricopa County clerk told Law&Crime that Folwell has no attorney of record, and prosecutors have yet to formally file charges.

According to the police report, Folwell admitted to getting into the bathtub with her son and letting go of him. The report also states a search warrant was obtained for her cellphone and her phone’s search history included “ways to die instantly” and “missing babies cases.”

Her bond was set at $1 million.