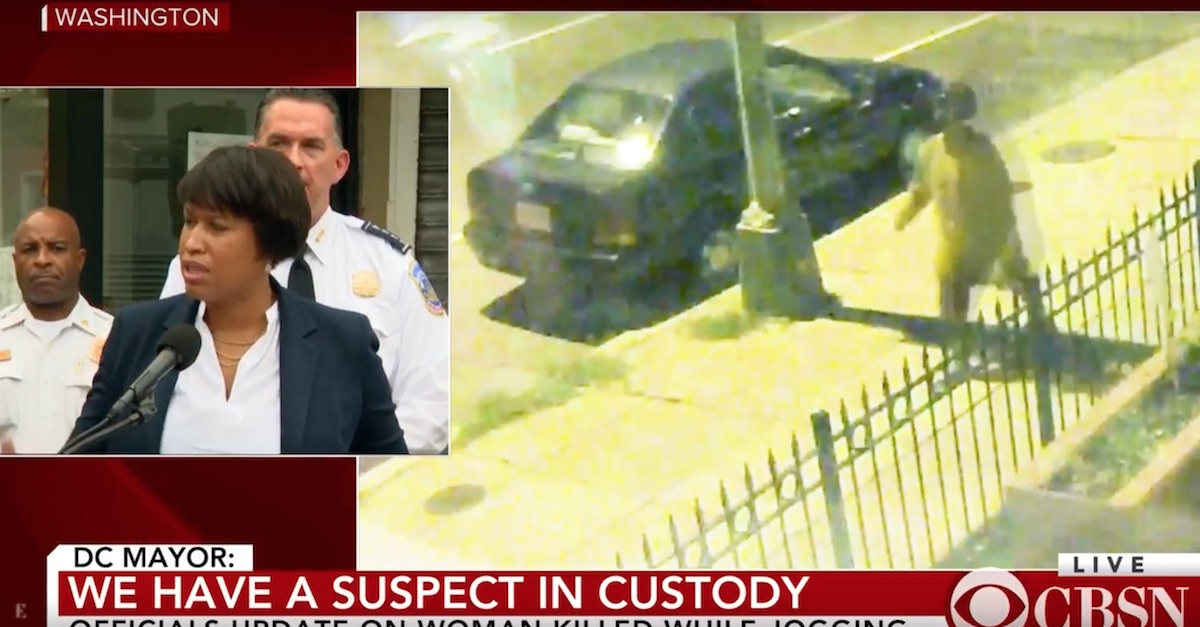 Police have announced that they have made an arrest after a 35-year-old woman out jogging Tuesday night in Washington, D.C. was brutally stabbed at “random.”

Another video, although blurred, showed her stumbling into a Chinese restaurant. Martinez was taken to a hospital, but she could not be saved.

Police said Martinez was stabbed in the neck multiple times and that the attack appears random.

“It is more likely a random act than anything else, but we’re going to look at all possibilities,” D.C. Police Chief Peter Newsham said.

The entire FiscalNote family is shocked and deeply saddened to learn that Wendy Martinez, our Chief of Staff, was killed last night. Wendy was an invaluable member of our team and a vibrant member of the community. Our thoughts and prayers are with Wendy’s family and friends.

Martinez had just gotten engaged one week ago to Daniel Hincapie.

Martinez’s family members said they are “deeply saddened by this senseless tragedy.”

“Wendy Karina Martinez was the light of our lives,” they said. “Not only was she an avid runner, but she was a devout Christian, a wonderful friend, and a driven professional. Everything you hope that a daughter and a friend could be.”

#BREAKING: A family spokesperson confirms police told them they arrested a suspect in the murder of Wendy Martinezhttps://t.co/5rn6vkN0ia pic.twitter.com/EKZEhnuaam

Police had initially identified the suspect as wearing a mustard-yellow shirt and flip flops.