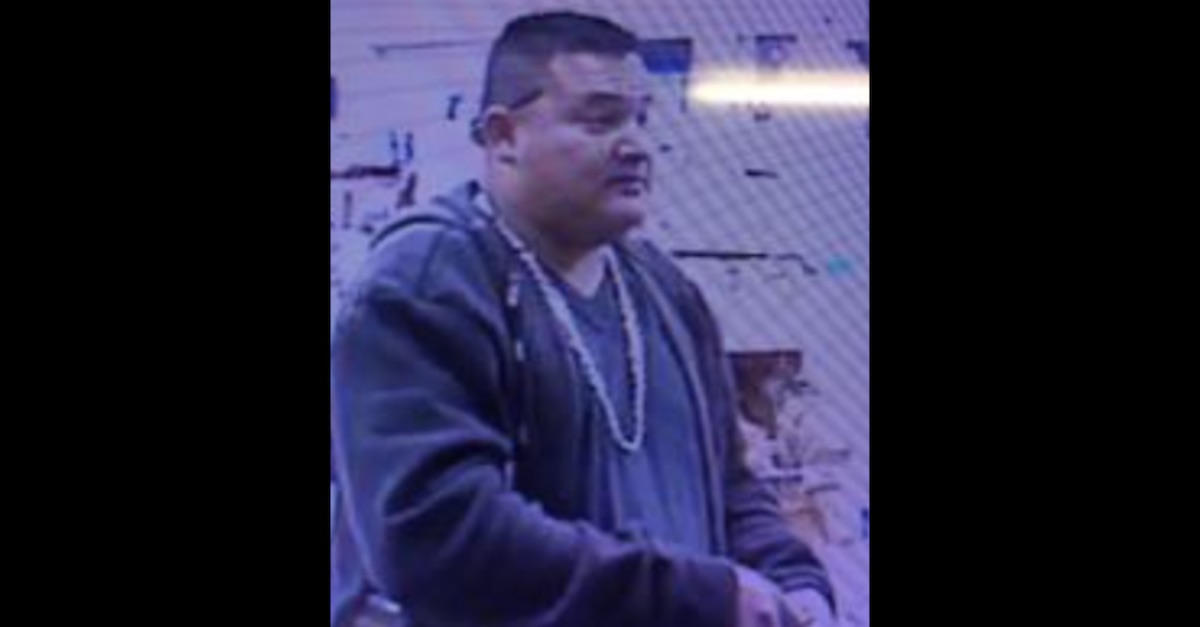 A manhunt is underway in California after the shooting death of a 33-year-old police officer early Wednesday morning, and President Donald Trump has already weighed in.

The Stanislaus County Sheriff’s Department announced on social media that it is pursuing an unidentified undocumented immigrant suspected of killing Newman Police officer Ronil Singh during a traffic stop. The officer was investigating the suspect for DUI.

Singh is survived by his wife Anamika and their 5-month-old son. As of Thursday, police said there were no new updates. The case has caught the president’s attention, as other criminal cases involving undocumented immigrants have before.

There is right now a full scale manhunt going on in California for an illegal immigrant accused of shooting and killing a police officer during a traffic stop. Time to get tough on Border Security. Build the Wall!

“There is right now a full scale manhunt going on in California for an illegal immigrant accused of shooting and killing a police officer during a traffic stop,” Trump tweeted Thursday afternoon. “Time to get tough on Border Security. Build the Wall!” The government remains in a shutdown amid a fight over the wall and border security.

Police sent out the following alert on Wednesday:

Newman Police Officer Ronil Singh (33) was shot and killed during a traffic stop just before 1:00 AM on Wednesday morning 12/26/18. At 12:57 AM, Officer Singh called off on a traffic stop at Merced Street and Eucalyptus Avenue in Newman. A few moments later he called out “shots fired” over the radio. Multiple agencies responded to assist and Singh was found at the scene with gunshot wounds. He was transported to a local hospital where he was pronounced deceased.

The suspect had fled the scene in his vehicle prior to assisting officer’s arrival. A gray, extended cab Dodge Ram pickup was seen in the area at the time of the shooting. The Stanislaus County Sheriff’s Department will be leading the investigation. Detectives have photographs of the suspect and suspect vehicle and are asking anyone with information regarding the identity of the suspect to contact Detective Michael Fisher at 209-525-7083 or dispatch at 209-552-2468.

Officer Singh was a native of Fiji and has been employed by Newman Police Department since July 2011. “Our Newman Police family is devastated by the loss of Ronil,” said Newman Police Chief Randy Richardson. “If anyone has any information regarding the identity of the suspect, please contact law enforcement immediately so we can get this cop-killer off the streets.”

This investigation is ongoing and more information will be released as it becomes available.

Stanislaus County Sheriff Adam Christianson said during a press conference that the suspect is “in our country illegally. He doesn’t belong here. He is a criminal.” Authorities released the photo above.

Singh, originally from Fiji, was said to be “living the American dream.” Stanislaus County sheriff’s Deputy Royjinder Singh, who knew but was not related to deceased officer, said “He loved camping, loved hunting, loved fishing, loved his family.”