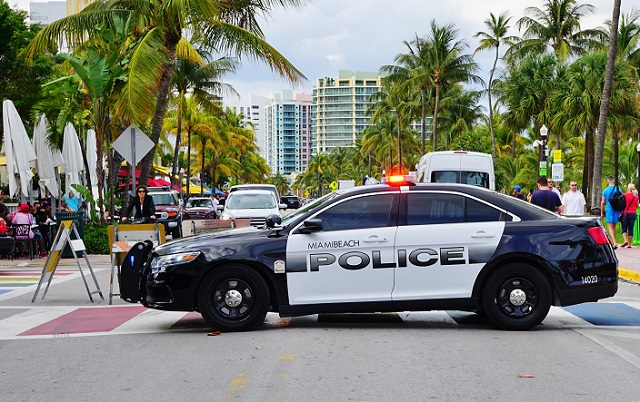 MIAMI BEACH, Fla. (AP) — Police in Florida fatally shot a woman who they say caused at least one crash and knocked an officer to the ground with her car.

Miami Beach Police Chief Daniel Oates tells news outlets that the woman, who was driving a black BMW, ran through a red light and hit a Mercedes. She then accelerated and hit an officer, who was on foot as part of a Columbus Day holiday weekend patrol.

Oates says another officer opened fire and the driver lost control of her vehicle and struck a parked SUV.

The woman was taken to the hospital where she died. The officer is in stable condition.