A police chief’s son was arrested Wednesday for allegedly attacking a 71-year-old Sikh man. Tyrone Keith McAllister, 18, faces charges of elder abuse, assault with a deadly weapon, and attempted robbery, said the Manteca Police Department in California. His alleged accomplice, a 16-year-old boy, was booked on the same counts.

“Words can barely describe how embarrassed, dejected, and hurt my wife, daughters, and I feel right now,” he wrote. “Violence and hatred is not what we have taught our children; intolerance for others is not even in our vocabulary, let alone our values. Crime has never been an element of our household, our values, nor the character to which we hold ourselves.”

You can read Chief McAllister’s full letter to the public below:

My fellow Union City Community Members:It is not that often that I find myself sharing with the general public issues…

The elder McAllister described his son as being estranged from the family for several months.

Surveillance video of the attack went viral Tuesday. Footage shows two suspects and the victim, a 71-year-old Sikh man who doesn’t speak English, approach each other on the sidewalk. They seem to exchange words, before the individual in the black sweatshirt kicks the elderly man to the ground. The victim stands and attempts to fight back, but the attacker kicks him to the ground again. Things seem to wrap up when the suspects walk out of frame. But the individual in the black sweatshirt returns, plants several more kicks on the prone victim, and appears to spit on him.

In announcing the arrests, police said that authorities continue to investigate whether this qualifies as a hate crime. They announced the day before that there seems to be no indication that is the case.

McAllister could not be reached for comment. He remains at the San Joaquin County Jail in lieu of $200,000 bail, and is scheduled for a hearing to take place Friday. Court records obtained by Law&Crime don’t show an attorney in this matter. 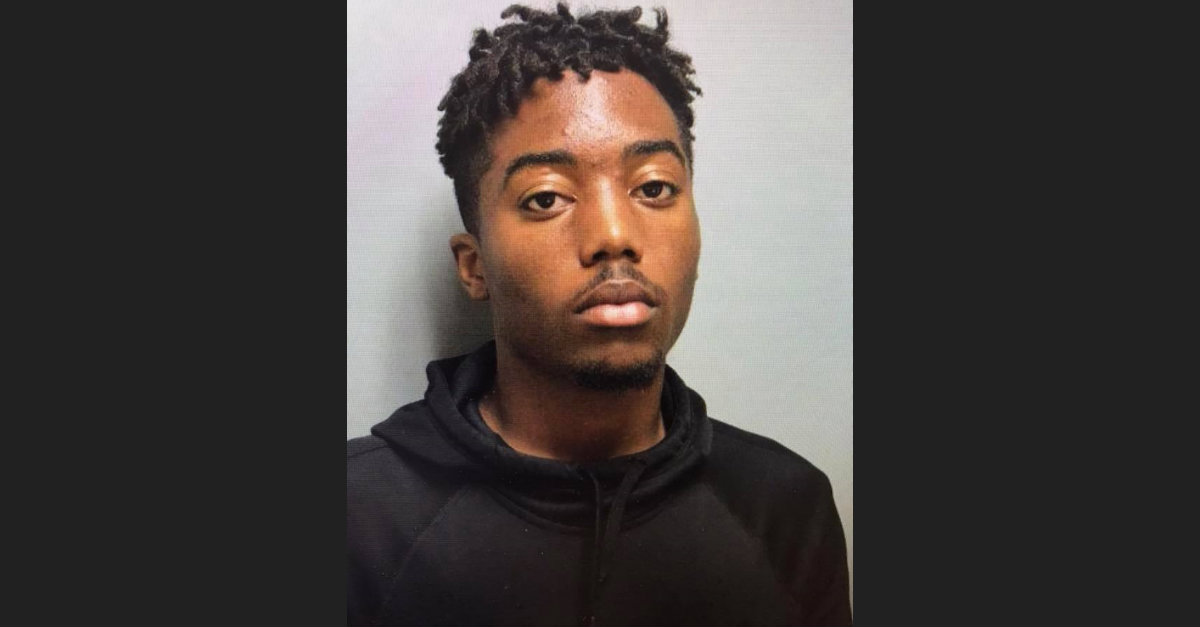 “My son began to lose his way a couple years ago, while he was a juvenile, running away and getting involved in a bad crowd,” Chief McAllister said. “He pretty much divorced his friends and family, associating with people none of us knew. He got into trouble for some theft-related crimes and ended up spending several months in juvenile hall. As an adult, he was again arrested for a theft-related incident, and he ended up spending another three months in adult jail as a result. Since being released he has been wayward and has not returned to our family home for several months.”

The juvenile, who was not identified by police, could not be reached for comment either. Cops said Wednesday he was being transferred to the San Joaquin County Juvenile Detention Center.