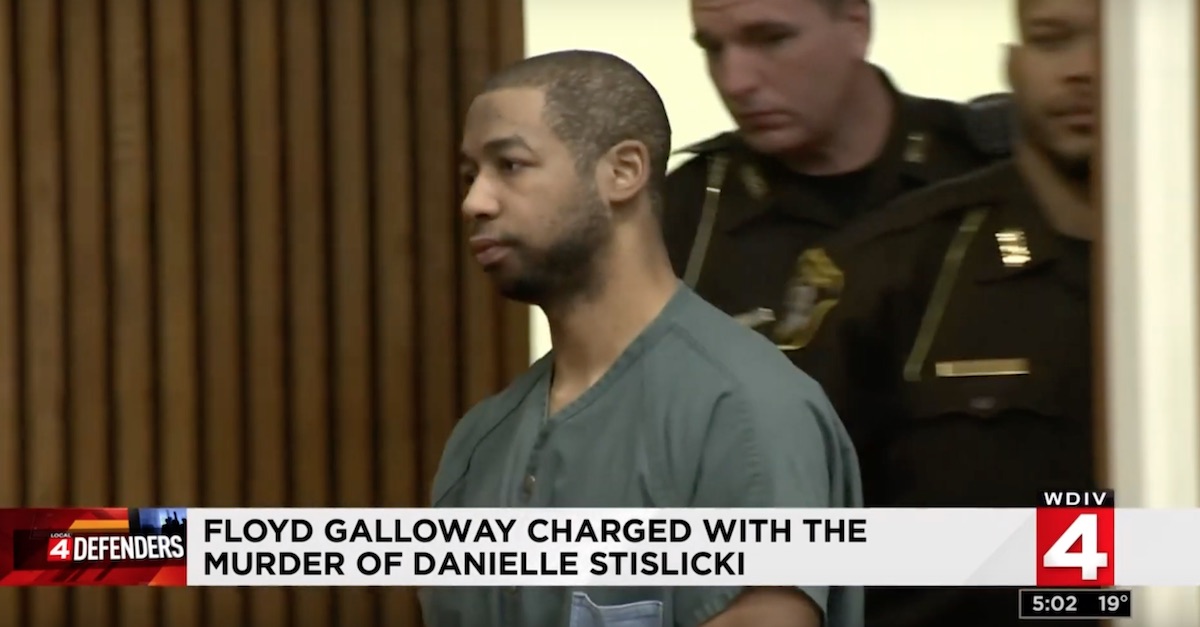 The attorney general of Michigan on Tuesday announced murder charges will soon be filed against a Detroit-area man accused of kidnapping and killing Danielle Stislicki.

According to the Detroit Free Press, Floyd Galloway, Jr. will face first-degree premeditated murder charges over the 2016 abduction and slaying of 28-year-old Stislicki.

Eventually the abduction was treated by police as a homicide. Stislicki’s body has yet to be recovered.

On December 2, 2016, the 28-year-old office worker went missing. Her vehicle was later discovered at her apartment in the Detroit suburb of Farmington Hills. No trace of the vanished woman remained.

Farmington Hills Police Chief Charles Nebus told the Free Press that 77 search warrants have been issued in the case so far–the most search warrants ever issued for a single case in the department’s history. At least five other local police departments and sheriff’s offices have contributed to the Farmington Hills investigation–along with multiple other local, state and federal agencies.

Still, progress on the investigation has long been snagged by an apparent lack of physical evidence and the fact that Galloway is currently serving prison time for attempted sexual assault and kidnapping in a separate case from June 2017. Galloway eventually took a plea deal and agreed to serve between 16-35 years.

Newly-elected Michigan Attorney General Dana Nessel said she took an interest in the case and that when she reviewed the evidence compiled by Farmington Police and spoke with a county prosecutor, she decided to move forward with murder charges against Galloway.

“For me, I felt as though there was enough evidence to move forward on this case,” Nessel said during Monday’s briefing.

“I was familiar with Danielle’s case and wanted to know what evidence existed, what the status of the investigation was, and what I could do to help,” she continued. “That’s why I reached out to the Farmington Hills Police Department and asked them to present the evidence compiled on the case. They did an outstanding job on a very challenging investigation.”

This young woman had everything to live for. Her disappearance more than two years ago has left a hole in her family and they deserve justice. The Farmington Hills Police Department has gone to extraordinary lengths to uncover every piece of evidence available. That evidence is compelling.

Farmington Hills police said they couldn’t have done it alone.

“Thousands of hours of incredible law enforcement and investigative teamwork was done by hundreds of dedicated people,” Nebus said. “The Farmington Hills Police Department could not have done this alone. This was an absolutely 100 percent team effort.”

While prosecutors will have to convince a jury of Galloway’s guilt, the Stislicki family is already convinced he killed their daughter.

The defendant has long been listed as a person of interest in the case due to his previous conviction and former position as a contracted security guard at the MetLife building where both Stislicki and her mother worked.

“Floyd would watch many folks who would work late at night,” Ann Stislicki told ClickOnDetroit. “Would watch you walk to your car to make sure you were OK.”

Galloway insists he had nothing to do with Stislicki’s disappearance and death.

“Two years is a very long time to wait for this,” Nessel told the Stislicki family on Tuesday. “We are going to be prosecuting your daughter’s killer, and we will not rest until she gets the justice she deserves.”

“For today and moving forward, this is about Danielle Stislicki and the justice for not only her but for other families who are missing and who are told you can’t move any farther because there isn’t a body,” Ann Stislicki said in response. “I look at this and times have changed.”