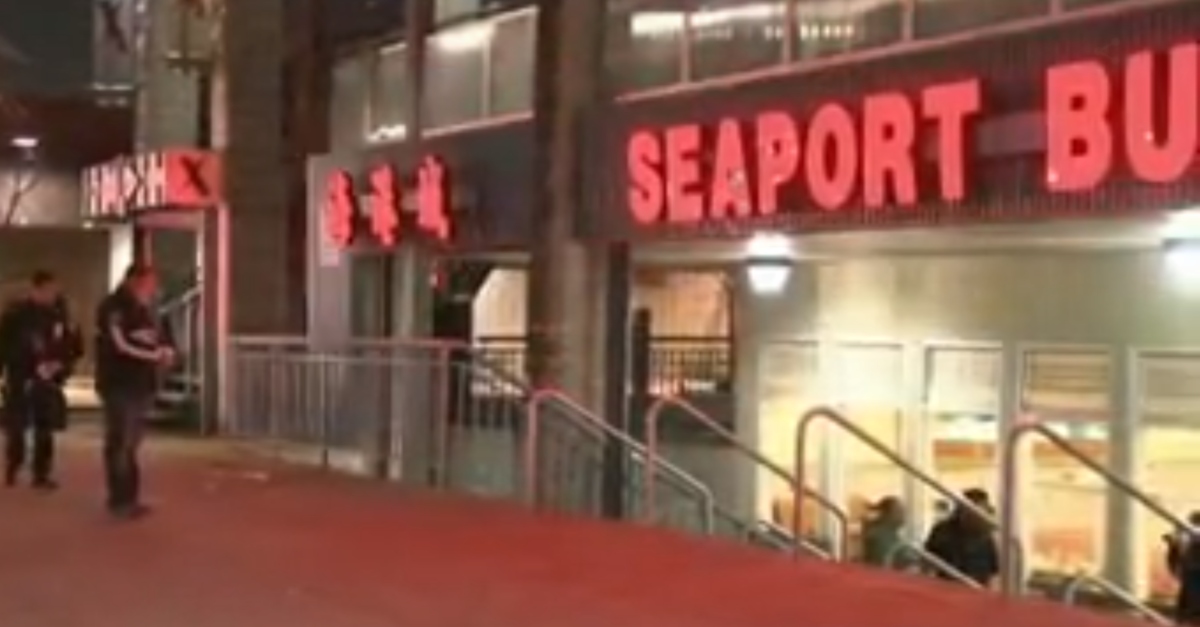 The mother of a man charged with killing two Asian men at a restaurant in Brooklyn, New York says she has no idea how he allegedly fell into that state of mind, and she said that he was “normal” when she moved out of state about a year previously.

“He’s a crazy person,” Svetlana Chalmers told The Daily News News. “That’s it. I don’t know how he got that way. Nobody knows. Only God knows.”

“Nothing you can do will bring any of these people back,” Chalmers said.

“I can’t look people in their eyes. It’s affected so many lives. It’s terrible.”

Initial reports from the scene show this was a racist attack.

“I don’t have a problem with the Hispanics, but with the Chinese,” Martunovich allegedly told dishwasher Francisco Sales.

A law enforcement source told The New York Post in a Wednesday report that the suspect claimed to have a seen a movie about the alleged abuse of women by the Chinese.

“He had problems with Asian men,” they said. “He talked about how Asian women are being treated by their men.”

A source described Martunovich as “rambling. He’s all over the place.” Another high-ranking official claimed he also said “psycho stuff about space aliens.”

Martunovich is in psychiatric case. He faces charges of murder, attempted murder and criminal possession of a weapon.